Sword and Fairy: Together Forever All Review Scores 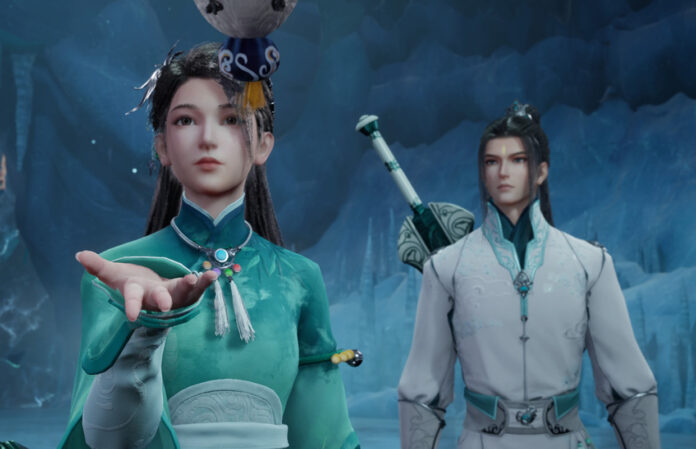 While the original title suggests that this is the seventh game in a series, Together Forever is a standalone tale that has been described as a solid starting place for the franchise. The series is based on Chinese mythology but the good thing is you don’t need to know about the mythology to enjoy the game. With little to no knowledge, you can still enjoy the game.

Many people have rated the game and the majority loved the game. Here are the scores they gave in their Sword and Fairy: Together Forever Review.

Based on its graphics, Sword and Fairy: Together Forever created an initial significant impression. Simply told, the game is stunning. But it’s not just Sword and Fairy’s settings that look fantastic. Character representations are extremely realistic, with their clothes and hair gently swinging in the breeze.

They’re all well animated, with battle looking especially good owing to magnificent particle effects that occur with your showy skills. The combat choreography in the cutscenes is also rather spectacular. Sword and Fairy: Together Forever’s graphics continue to impress from the beginning to the finish of the soundtracks.

Sword and Fairy: Together Forever is a story about a fight between an eternal realm and the earth. The game starts with a combat-heavy prologue in the domain of devils. Xiu Wu is a formidable monster-fighting immortal paladin. Xiu Wu flees to the terrestrial world, where he meets a young female fighter named Yue Qingshu and her shape-shifting avian friend.

The game then settles into a lengthy story in which two suspicious tribes must put aside their differences in order to battle the forces of evil. The heroes must also guard a kid who may turn into a great deity and may be the secret to conquering the demons. As the plot progresses, Yue Qingshu and Xiu Wu form a group of four characters and set off to explore and quest.

Problems in the game

The first and biggest problem many have complained about is the slow-paced storyline. Yes, this game is supposed to be more story and less action but there should be some room to call it a game. The story is also very stretched making it boring at times as there are some details that not many wish to know about.

Another problem is the translation. As this story is originally in Chinese, it won’t get the translation it deserves. It’s not the developers’ fault as a meaning often gets lost in translation and that is what happened here too. This may not be a big problem for many but considering this game is story based, it can lose some of its charms.

In short, the game was worth playing and it left the players happy and pleasantly surprised with the story and characters of Sword and Fairy: Together Forever. It does have some problems but that doesn’t take away from the effort and work put into it which is very clear. Now that it’s coming to PlayStation, it is a good chance for more audiences to experience its gameplay.

For more reviews and updates, keep following our website, Retrology.