All Slime Types and Their Favorite Foods in Slime Rancher 2 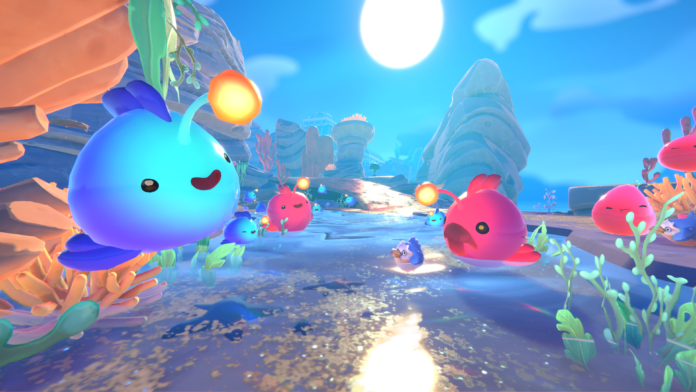 The much anticipated new franchise of Slime Rancher named “Slime Rancher 2” is finally here as an early release and is already available on Steam for you to purchase. Just like before this one is also available on Microsoft Windows and X Box series X/S. Here is what the developers of Monomi Park have to say about the game:

“Continue the adventures of Beatrix LeBeau as she journeys across the Slime Sea to Rainbow Island, a land brimming with ancient mysteries, and bursting with wiggly, new slimes to wrangle in this sequel to the smash-hit, Slime Rancher.”

The thing that makes us excited about this game is all the new Slimes that are added in this new installment along with the previous one. However, just like before this time each and every slime has a specific diet and favorite food of their own. So to save you some time in this guide we will be covering All Slime Types and their Favorite Foods in Slime Rancher 2. So without any further delay, let’s begin.

Slime Types and their Favorite Foods

Here are all of the 21 Slime types and their favorite foods in Slime Rancher 2, however, since the game is currently on early release there is a high chance that we will get to see a few more slimes added to the game. But for now, let’s roll with the ones that we have.

Someone who still has no clue why is it important to know what food slimes like should really try doing so. What basically happens is that when you feed slime with their favorite food they become more efficient, and the production of Plort becomes 2x which helps you in crafting new equipment and even generating more money.

That brings us to the end of All Slime Types and Their Favorite Foods in Slime Rancher 2. Let us know in the comment section below which slime you like the most. To know about Slime Rancher 2 Radiant Ore Location or for more guides, keep following Retrology.

Guide to all Gordo locations in Slime Rancher 2