One Piece’s 1000th episode will get a remake version of opening “We Are!” 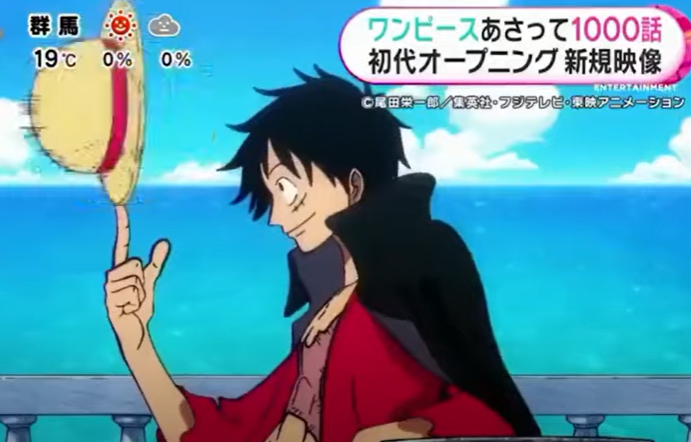 Lately, it has been revealed by the animators of the ongoing One Piece anime that the series will get a remake version of the first-ever title opening of the show, “We Are!”, for its 1000th episode. The opening will feature new visuals like Luffy and the crew wearing Wano outfits and more.

Not just that, but the episode will also include details about the new One Piece film that is reported to come out in 2022 and will feature Shanks and a new female character.

Also Read: One Piece Manga Creator Says: “The Story Is in the Final Stage”

Speaking of the opening, the original one was sung by Hiroshi Kitadani. The show started airing back in 1999 with “We Are!” being its first opening. Since then, it has become very nostalgic for the fans. Therefore, it would be interesting to listen to it again officially in the latest episode to come.

One Piece’s Wano arc is currently going on a steady pace. The war has started, however, Luffy and Kaido are yet to clash again for the second time. The Wano arc is still not concluded in the manga as well but it will take some time for them to catch up on the events of the manga.

Below are some of the screenshots of new shots of the “We Are!” opening.

You can watch the full clip from this link.

That’s all regarding the One Piece We Are remake For much news, keep following Retrology.