Here are all Marvel Phase 5 announcements 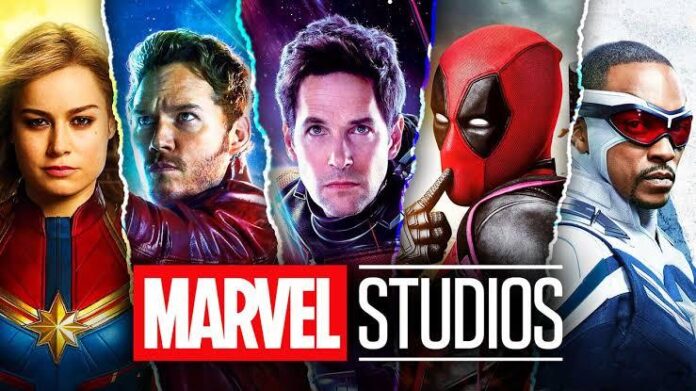 Marvel sure has a way of doing things. Every movie and TV show in Marvel builds upon the other like chapters of a larger story called “phases.” Three phases come together to make a saga, and The “Infinity Saga” ended with Avengers: Endgame.

At the 2022 San Diego Comic-Con, producer Kevin Feige unveiled that the latest one will be called “The Multiverse Saga,” and it’s just around the corner!

Marvel’s Phase 4 lineup is about to come to an end. This lineup revealed at the Comic Con 2019 introduced viewers to enough projects to salivate over for the next three years.

And yet again, at this year’s San Diego Comic-Con, the Disney+ branded franchise proved ready to provide its fanbase with enough shows to invest in and exhilarating movies to look forward to for the next two and half years.

Marvel’s last phase exploited the then-upcoming Disney+ service and introduced a new trend of weaving the MCU into films.

With projects like Loki, WandaVision, and The Falcon and Winter Soldier, however, it proved to be a blessing in disguise since it was all the entertainment one could look forward to during the pandemic. Feige says that this November’s Black Panther: Wakanda Forever will close out phase 4 for the good.

The timeline includes 12 confirmed entries for phase 5. The list features many new titles but you will come across many familiar faces as well.

So Face front, true believers as the late Stan Lee used to say because Phase Five is about to begin.

We will help you navigate through some important upcoming in this article.

Nine of the projects confirmed for Phase 5 were already introduced through previous events and news releases.

The Multiverse Saga kicks off with the wild Multiversal ride in Ant-Man and the Wasp: Quantumania starring Paul Rudd and Evangeline Lilly as Scott Lang/Ant-Man and Hope van Dyne/The Wasp.

Moving across cosmic reaches of outer space in Guardians of the Galaxy Vol. 3 bringing back the favorites Chris Pratt as Star-Lord, Karen Gillan as Nebula and Zoe Saldaña as Gamora to a more ground-level intense action in Echo, MCU is certainly not the one to hold back.

Even though Fantastic Four is announced to not come out until Phase 6, Marvel has enough product in store to keep the fans on the edge.

Charlie Cox and Vincent D’Onofrio are now officially confirmed to be a part of the MCU with Daredevil: Reborn Again.

The first solo movie for Anthony Mackie’s Sam Wilson and a long-awaited team up for the MCU’s Thunderbolts, it’s no surprise that Marvel came prepared.

So hold on to your popcorn, because phase 5 of the MCU will officially begin with Ant-Man and the Wasp: Quantumania on February 17, 2023.

This was all about the Marvel phase 5 announcements made at this year’s Comic Con. For more news and updates, keep following Retrology.