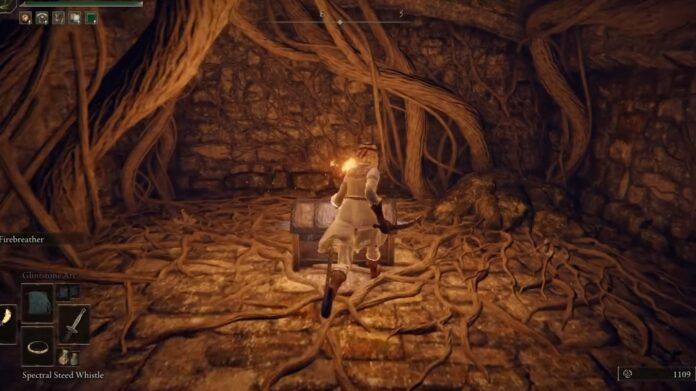 Elden Ring is an open-world action role-playing game developed by FromSoftware and published by Bandai Namco Entertainment. In this guide, we’ll show the uses, location, and how to obtain the Smithing Stone Bell Bearing 3 in Elden Ring.

It allows players to experience multiple combat types and use many different weapons as they go on a journey to repair the Elden Ring and become the Elder Lord. The game was released on February 25th, 2022, and is available for Xbox, PlayStation 4, PlayStation 5, and PC.

From Grand Lift of Rold, you have to make your way up to the ruins. You will encounter a white bird on their way, go past this bird. On the east part of the ruins will be two enemies standing guard. Sneak past these guards and go to the other side of the ruins.

Now, on this side of the ruins is a room under the ground. You’ll have to jump down the stairs and go straight until you see a large door. Opening this door will lead you inside a dark room with roots growing through the walls. The room will be completely empty besides one chest. Interact with this chest to obtain the Smithing Stone Bell Bearing 3.

Laiba Razi
Huge fan of anime and manga. I have been reading manga for as long as I can't remember. Apart from my studies and binging anime, I spend most of my reading playing Genshin Impact - a game that is very dear to me.
Subscribe
Login
0 Comments
Inline Feedbacks
View all comments