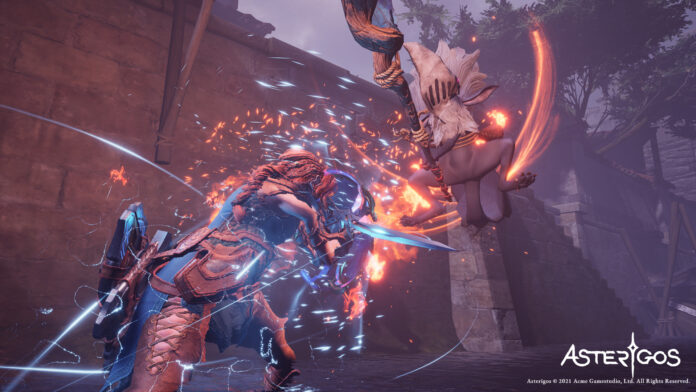 Released on the 11th of October 2022, Aesterigos: Curse of the Stars has made its way to the screens of many players, and quite rightfully so. From Exhilarating battle fights and hidden interconnected parts, the game is packed with all the exciting stuff. Here is how the developer’s Acme Gamestudio has described the game:

“Embark on a journey full of danger in this action RPG, inspired by Greek and Roman mythologies. Explore the breathtaking city of Aphes and forge your way through legions of unique foes and mythical bosses to discover the truth behind the city’s curse.”

Well since the game is packed with quite a few challenges, it might get difficult to survive as you progress through the game. You might really want to unleash the best abilities of your weapons by upgrading them and for that, you will have to use the Skill Tree. Thus, in this guide, we will be helping you with everything you need to know about Skill Tree in Asterigos: Curse of the Stars.

Contents
1) Asterigos: Curse of the Stars Skill Tree
1.1) Staff and Bracelets
1.2) Sword and Shield, and Hammer
1.3) Spear and Daggers

As mentioned by the developers, when you explore the breathtaking city of Aphes, at one point you will definitely face the mythical bosses to discover the truth behind the city’s curse. These mythical bosses are not so easy to defeat and you might have to upgrade your weapons in order to do so.

Be sure to use the talent point to expand the different sections of the Skill Tree and in order to get some extra perks. After that, you can head over to the main menu and from there to the ability section, now you can access your Skill Tree by clicking on talent points.

Here are all of the six weapons in Asterigos: Curse of the Stars that you can upgrade using the Skill Tree:

The first area of the circle having Icicle Chains is where you can upgrade your Staff and Bracelets. The focused beam of the Staff and the bracelet’s special ability to drop mines will be greatly improved.

Sword and Shield, and Hammer

The part of the circle with Shield Breaker is from where you can upgrade all three weapons named sword and shield, and hammer.

Last but not the least, the part of the circle having Crescent Blade is from where you can upgrade Spear and Daggers. The daggers are undeniably worth the upgrade, especially if you’re a player whos looking for how to dodge.

That takes us to the end of Guide to Asterigos: Curse of the Stars Skill Tree. Let us know in the comment section below which guide you want us to cover next. To know about Overwatch 2 Kiriko Guide: Abilities, Ultimate, and Tips or for more guides, keep following Retrology.