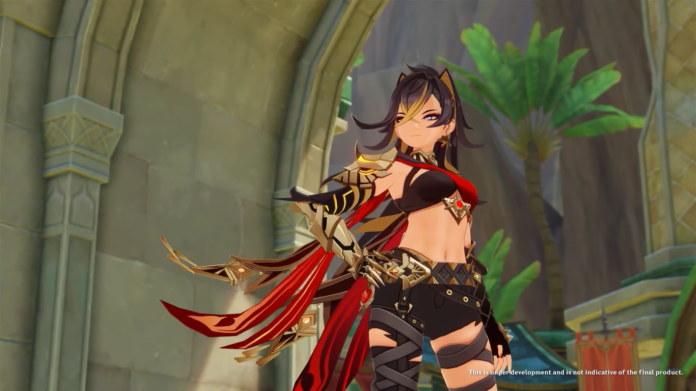 Genshin Impact is an open-world action and adventure RPG developed by Hoyoverse. The game is packed full of interesting characters, puzzles, and enjoyable stories. After a long year of waiting, Genshin Impact will finally be getting an all-new nation. In a new Genshin Impact trailer released on the 29th of July, 2022, they introduced numerous upcoming characters.

Although Genshin Impact received many new regions, Enkanomiya, and the Chasm to name a few, it is now bringing an entirely new nation. With a new nation comes new types of puzzles, new mechanics, new characters, and a new soundtrack. The nation coming next patch is Sumeru, the land of Wisdom.

Sumeru is based in numerous different countries in the Middle East and South Asia. Moreover, with Sumeru’s release comes a brand new element. Ever since the beginning of the game, we have known that there exist 7 elements, however, only 6 elements could be used in the game. Now, after about 2 years since its release, the seventh element Dendro will be introduced.

In another trailer, Hoyoverse had shown a few reactions that involved Dendro and how it would work. Although burning, the reaction between Pyro and Dendro, has existed for a while, no character can truly utilize it. Additionally, the scaling and other details of the element are yet to be known.

Now, in the latest trailer released they showed a lot of new characters who we’ll be meeting in our journey to Sumeru

The characters shown include:

The Dendro Archon. She was also behind the voice we heard in the finale of the Summertime Odyssey story quest. Besides that, we know that she is actually not the Dendro archon who fought in the archon war thousands of years ago.

He was once before shown in the Teyvat Interlude Chapter.

And finally, Tighnari, the character who will be joining the roster of playable characters next patch.

You can watch the Genshin Impact trailer for yourself here.

Furthermore, you can check out the locations of all Phantasmal Conches needed to get Fischl’s outfit. For more gaming content, stay tuned to Retrology.