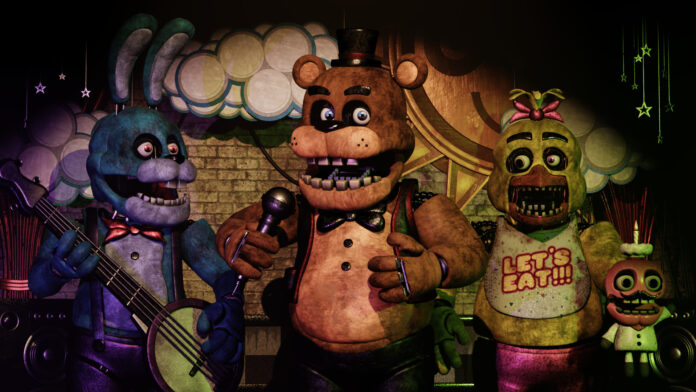 Five Nights At Freddy’s Movie will finally begin its production under Blumhouse productions. They officially confirmed director, Emma Tammi to take over the reins. The creator of Five Nights at Freddy’s, Scott Cawthon, and Blumhouse has been working on a movie adaptation of the games for a time now.

There have been many obstacles lined the way as this movie has been trying to start its production since 2015. However, according to Blum’s most recent revelation, the film will finally come to life along with its horrific animatronics. For the animatronics, Jim Henson’s Creature Shop is working on them as confirmed by the producer.

The movie will probably be released in late 2023 or early 2024 because work began in February, but nothing has been confirmed. There isn’t a cast for the movie yet, and there aren’t many details, but now that the movie has a director, it’s likely we’ll learn more in the weeks to come.

The Five Nights at Freddy’s video game franchise features horror-themed games in which the player typically works nights at a location associated with Freddy Fazbear’s Pizza, a made-up kids’ eatery. Life-size animatronic figures from the restaurant perform for kids’ birthday celebrations. The guard is told to keep an eye on the animatronics because they prowl the eatery at night. The player must use a range of items to defend himself against animatronics as they advance through the games.

The plot of the movie is also similar. The movie story follows a man who begins a job as a nighttime watch security guard at the pizzeria Freddy Fazbear’s Pizza, where he learns that the animatronics roam at night and will kill any adults who are still there after hours. The story is based on a well-known horror video game.

Blumhouse’s movies are known for their amazing production quality and plotlines. If you are a horror fanatic you may already know this as some of the most famous projects are under their name. Movies like Get out, Insidious, Us, Hush, and Paranormal Activity inject you with the right amount of uneasiness without many jump scares. This is quite remarkable as jump scares don’t leave as much of an impact as a creepy fearful feeling does.

With all this in mind, there isn’t a lot of doubt about how this Five Nights At Freddy’s Movie will turn out. This is a new subject so let’s hope they give us another amazing movie like any other. Let’s wait patiently for more information for the time being.

To be updated, check out the News section on our site Retrology