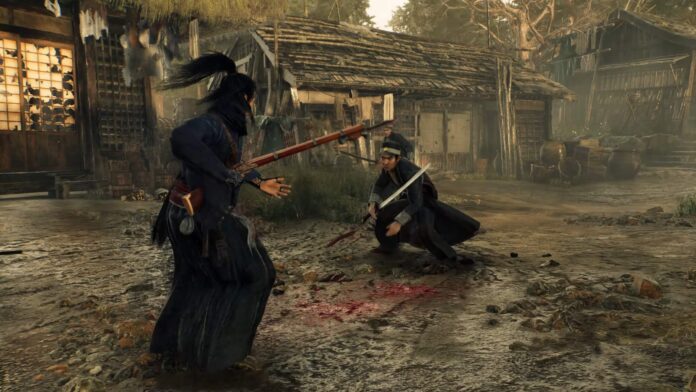 Rise of the Ronin is a Team Ninja production game. It is described as an action RPG that takes you on an epic journey as a Ronin during the dawn of a new age in Japan. It was announced during PlayStation’s State of Play Conference with the Rise of the Ronin new trailer. Let’s continue talking about this game and the details revealed yet.

During its introduction during PlayStation’s September 2022 State of Play conference, the game caught the attention of many due to its new and interesting premise and graphics. Out of big-name games like Tekken and God of War, it successfully stood out. This proved to be a big win for the production and as expected, anticipation for the game is high now.

According to the Team Ninja director and president Fumihiko Yasuda, the game has been in development for seven years. He wrote:

“By harnessing all the skills and knowledge we’ve gained over the years we really wanted to take things to the next level by attempting to thoroughly portray the most critical revolution in the history of Japan including the darkest and ugliest chapters that many will shy away from. This is undoubtedly the most ambitious and challenging project for Team Ninja Studio to date. Yet we will allow our experience in creating samurai and ninja action games to guide us through this journey.”

Rise of the Ronin places you as the titular Ronin in 19th-century Japan during its darkest hour. As civil war rages on between the Tokugawa Shogunate and the Anti-Shogunate factions, oppressive rulers, fatal plagues, and western influence sweep through the country, progressively scarring it.

You want to make your own choices as you travel through the free world during Japan’s most significant revolution, bound to no master. Throughout your trip, you will encounter a diverse array of individuals, each with their objectives and sense of justice, with whom you can choose to join with or against.

The Rise of the Ronin’s open-world level design appears to be the key characteristic that distinguishes this project from Team Ninja as the most ambitious and complex project. The landscapes, graphics, and character designs all are very much detailed and clean looking. Here are a few examples of the graphics in the trailer.

The release date is already set to be 2024. It will only be playable on PlayStation5 at the start. They may add more platforms later on but there hasn’t been any confirmed news about that.

This is all that was revealed by the Rise of the Ronin new trailer and its company. Stay updated with the latest news on our site Retrology.