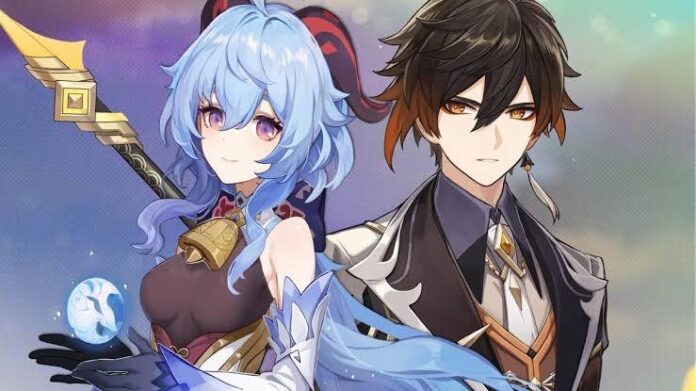 Genshin Impact, a popular open-world RPG, is soon to celebrate its two years chokehold on the gaming industry by officially becoming an anime as developer HoYoverse has announced a new collaboration with animation studio Ufotable.

Ufotable is a well-known animation studio that has risen to fame after the release of its well-received project “Demon Slayer”. Some of its other projects include “Ninja Nonsense,” “Coyote Ragtime Show,” “The Garden of Sinners” and “Fate/Zero”.

In addition to this, the studio is already experienced to work on adaptations from gaming properties. It has taken over projects before like “God Eater” and “Tales of Zestiria the X,” both based on Bandai Namco titles.

An announcement of the anime release was made during the game’s Version 3.1 Special Programme, in a three-minute concept trailer. The game’s official Twitter account, along with the trailer tweeted this Friday, “Let’s step into this vast magical world of adventure together! The long-term collaboration project between Genshin Impact and ufotable has begun.”

The developers also revealed new details that players can expect in the upcoming 3.1 patch.

The trailer teases a sneak peek into the heavenly lands and picturesque views spanning across the fantasy world of Teyvat. The scenic landscapes come to life as Paimon is seen floating through a rich forest before taking us on a ride through some familiar places like the plains of Mondstadt, Dragonspine, and Statue of the Seven.

The trailer comes to an end with Genshin Impact’s two protagonists, Lumine and Aether, standing hand in hand, introducing a dramatic element to the scene with serene winds blowing through Mondstadt ruins.

It is to be noted that the original video game never actually allows players to see the twins standing side-by-side as the whole point of the video game is that players are going on an adventure in search of their lost twin. So the storyline for the anime isn’t all that predictable right now.

The companies have not yet anticipated a release date nor introduced the official name for the anime series. However, the upcoming patch 3.1 is set to launch on September 28th this year.

This is all we know about the Genshin Impact Anime. For more updates, keep following Retrology.