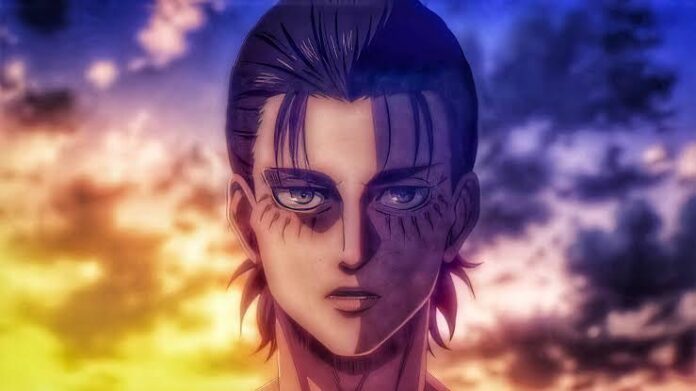 Attack on Titan, a Japanese manga series written and illustrated by Hajime Isayama became one of the best-selling manga series of all time with 100 million copies in circulation as of December 2019.

The anime is set in an era where humanity is caged in cities surrounded by three enormous walls that protect them from gigantic man-eating humanoids i.e. the Titans. The story revolves around the protagonist Eren Yeager (Eren Jeager in dubbed/subtitled versions), who vows to bring down the Titans after they obliterate his hometown and cause the death of his mother.

A recent advent has fans all riled up as the official Twitter account for the series has revealed some riveting new art of Eren’s latest transformation apparent at the end of Part 2’s episodes.

Founder Titan of Eren stayed unnamed in the original manga and so Hajime Isayama has provided the name of this new form to the anime’s staff.

Predictably and to the fans’ endorsement, the form has been titled “Final Titan.”

The Founder Titan’s unnerving form comes to life at the end of the second part when Eren unleashes this new form alongside The Rumbling as he intends to destroy the rest of the world outside the Island of Paradis.

While the series is currently working for the third (and presumably final) part of the fourth and final season of the anime, the original manga series wrapped up it’s run quite some time ago. As the updates on Attack on Titan: Final Season Part 3 continue to mount, fans eagerly await to see how the creator actually bids farewell to the anime. However, it is still not confirmed that Part 3 will be the one to bring the series to an end.

To stay updated on Attack on Titan news and for more similar content, keep following Retrology.