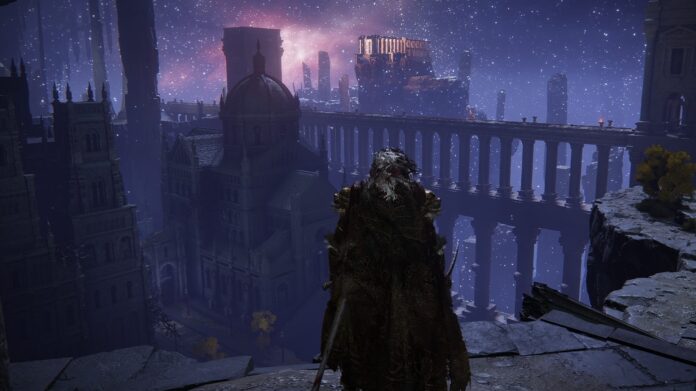 The Eternal City is one of the most visually appealing places in the game, and it should be visited by every Elden Ring player on their journey to complete the game. Nokron is only accessible in the middle of the game, and most players will enter after acquiring numerous Great Runes. Let’s get into the in-depth guide about Nokron, Eternal City in Elden Ring.

Defeating Boss and Unlocking the City

To obtain access to the remaining areas of the Eternal City, you must vanquish Radahn. Here is a brief guide to that boss fight:

Once Radahn is dead, a cinematic will play depicting a massive star collapsing somewhere near Limgrave. This should open up access to Nokron. It is only completely accessible after beating Starscourge Radahn so now you can go there.

If you want access to the entire Nokran, here’s how to do it. First defeat the Boss, Radahn and it’s the requirement needed to unlock this city. Once defeated players must go west from Fort Haight or south from Mistwood Outskirts to get to Nokron in Elden Ring. Travel on until you come across a huge crater near the Fort Haight West site of grace in the southern Mistwood Ruins.

When you reach the enormous crater, cautiously follow the area’s inner ring to go to the bottom. Blood stains from other players who failed the jump are probably going to be all over the place, indicating their deaths. Make sure to gently descend from each ledge rather than jumping to the next one because Elden Ring’s fall damage rises with how long your character is in the air, not with how high of a height you jump from.

You’ll encounter an open portal at the bottom of the crater. It will take you only a little distance to follow it to Nokron, the Eternal City. Eventually, you’ll reach an area where the screen will light up with the title “Nokron, Eternal City”. This is how you may reach this area.

For more guides regarding Elden Ring, visit the guides section on our site Retrology.