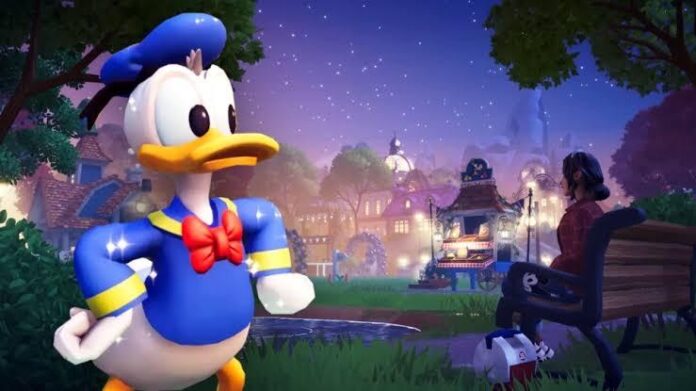 Disney Dreamlight Valley is a fun amalgamation of a life-sim and an adventure game, developed by Gameloft.  The game itself is brimming with mind-boggling quests, puzzles, and many other fun activities for you to carry on in the game.

One of the activities you can invest in is mining. Mining has always been a great way to make money in the game but it just got better with the new Scar Update.

Along with the other gems, you can now mine Rubies and Sapphires that are worth more. These new gems are better than the diamonds players could previously mine, as they are the most valuable minerals in the game.

Now, to unlock Scar’s main questline, you will need to unlock the next three Orbs and Pillars of Trust, Power, and Courage. You also need to be done with the Curse in the Glade of Trust quest line to obtain the Pillar and Orb of Trust. The Pillar and Orb of Power can be obtained only after you have finished the “With Great Power” quest at Dazzle Beach.

You also have to complete the Lost in the Dark Grove quest in the Forest of Valor to unlock the Pillar and Orb of Courage. After you’ve completed these steps, you are good to go.

After you have unlocked the biome, head over to the Vitalys Mine area in Sunlit Plateau. You will find the mine right next to a river. This is where you can mine for your rubies and sapphires. Rubies are shiny red-hued stones while Sapphires are blue in color.

We will assume you would have unlocked mining by now but if you haven’t, in order to unlock mining you have to gain access to the royal pickaxe. This is one of the most accessible tools to obtain and the first one you will get a hold of in the game.

Now head inside the Vitalys Mine. You will find the entrance at the end of the river on the cliff. Once you have entered the mine, start searching for mining nodes.

As soon as you see them, go to them and break the rocks using your Pickaxe to gain access to these gems. The rocks that have red stones sticking out, will give you Rubies. The blue ones are Sapphires. For more efficient mining, you can also bring a companion along to help you.

This was all about Disney Dreamlight Valley Rubies and Sapphires. For more similar guides, keep following Retrology.