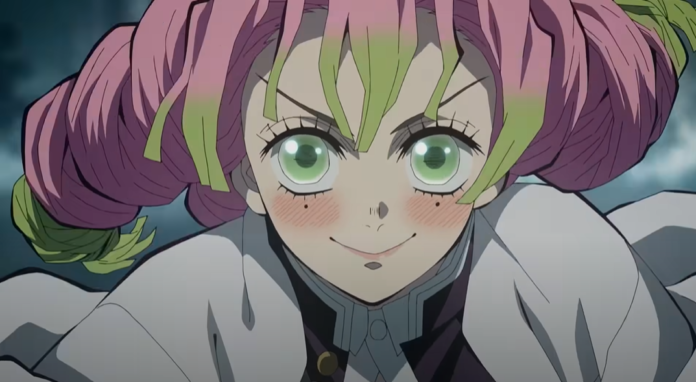 Demon Slayer is a Shounen fantasy anime, based on the manga by Koyoharu Gotouge, produced by Ufotable. Demon Slayer’s second season, the Entertainment District Arc, finished airing on February 13, 2022. Shortly after it ended, two promotional images for the next season were revealed and after a two-month wait, they finally released the trailer.

The story follows Tanjirou Kamado, whose family was impoverished, yet lived a peaceful life. On his way back from selling some charcoal, he is forced to take shelter for the night in the house of a strange man. When he arrives home the next day, he finds his family slaughtered. The only survivor was his sister, Nezuko, who had turned into a bloodthirsty demon. As he awakes the last of his sister’s humanity, he vows to avenge his family and joins the Demon Slayer Corps to protect his sister.

After the battle with Daki and Gyutaro, Tanjiro visits the village of swordsmiths to get his sword repaired. While he waits for Haganezuka to repair his sword, demons close in. The Mist Hashira, Tanjirou, and Genya must fight these demons to protect the village.

This season of Demon Slayer will put the spotlight on the Love Hashira, Mitsuri Kanroji, and The Mist Hashira, Muichirou Tokitou. Tanjirou will be facing two Upper-Rank Demons this time, the Upper-Rank Five, Gyokko, and the Upper-Rank Four, Hantengu.

The release date for the third season has not been announced yet. We will update this page when it is disclosed.

The animation in the trailer looks as smooth and gorgeous as always, and the music sends chills down our spines! Watch the trailer for yourself below.

You can also check out the trailer analysis for One Piece: Film Red. For more anime news, stay tuned to Retrology.