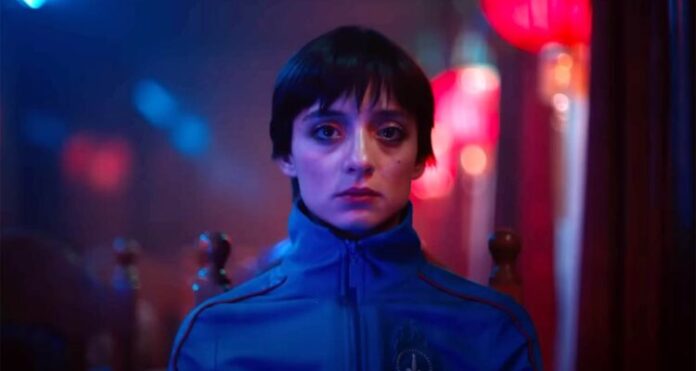 Many audiences have been familiar with Nicolas Winding Refn’s brightly lit, Los Angeles-set films such as “Drive” and “The Neon Demon” in recent years. Even though the latter one got a lot of criticism, it still managed to capture the true essence of his film style. When the COVID-19 pandemic prevented him from traveling outside of his own house for a while, he came up with a new production. This is now for the world to see as the Copenhagen Cowboy Trailer dropped on Netflix.

Being home made his wife, Liv Corfixen, and children helped with his work too. His wife worked on the writing with him while his daughters, Lola and Lizzielou Corfixen became part of the team as actors. This made the whole project a family project, with the opinions of every member. The story still has some of Nicolas Winding’s main elements, as far as the trailer goes, so let us see how it differs from others.

The cast includes Angela Bundalovic who stars as Miu, with Lola Corfixen and Zlatko Buric in lead. Among them is a promising supporting ensemble that includes Andreas Lykke Jorgensen, Jason Hendil-Forssell, Li Ii Zhang, Dragana Milutinovic, Mikael Bertelsen, Mads Brügger, and others.

Here’s how Copenhagen Cowboy is officially defined as:

Copenhagen Cowboy is a thrill-inducing, neon-drenched noir series set across six episodes that follows enigmatic young heroine, Miu. After a lifetime of servitude and on the verge of a new beginning, she traverses the ominous landscape of Copenhagen’s criminal netherworld. Searching for justice and enacting vengeance, she encounters her nemesis, Rakel, as they embark on an odyssey through the natural and the supernatural. The past ultimately transforms and defines their future, as the two women discover they are not alone, they are many.

It recently concluded its production and is expected to release later this year, on September 9th, on the streaming site after its official presentation at the Venice Film Festival.

To keep yourself updated, check out the news section and stay up to date with us!