Alice in Wonderland TV show on its way, based on American McGee’s Alice games 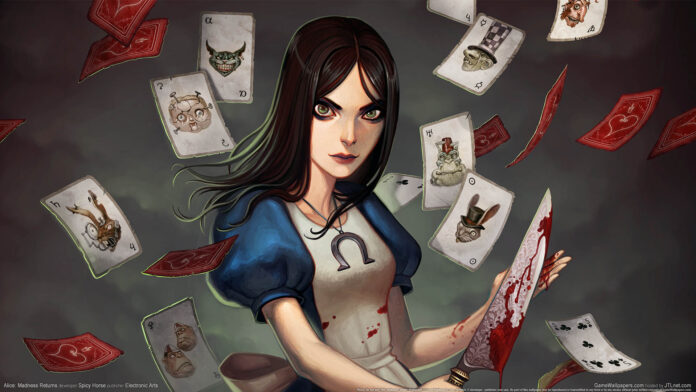 The Alice of American McGee‘s video game was severely mentally disturbed as her parents got killed by a fire burning in her house. Furthermore, given her mental state, her wonderland was also very dark, gloomy, and violent full of bizarre creatures and monsters. Without spoiling much, the story had its own twists regarding the role of some key characters. American McGee’s Alice also got a sequel named Alice: Madness Returns back in 2011.

And now it has been reported that these video games of Alice in Wonderland would be getting a TV show. The TV adaptation is being handled by Radar Pictures, Abandon Entertainment, and David Hayter who has contributed his skills to films like X-Men, X-Men 2, Watchmen, The Scorpion King, and more.

American McGee has made the following statement following the announcement:

“David Hayter brings imagination, experience, and stealth sneaking skills gained through successful missions in film, TV, and video games — a unique combination sure to make this adventure into Wonderland a successful one for the franchise and the fans,” He further stated, “I am excited to be working with him and know the Alice fans will welcome him with mad affection.“

Are you excited about the upcoming Alice in Wonderland TV show? Having read, played, and even watched everything regarding Alice in Wonderland, I sure am excited. Let us know in the comments what do you think of American McGee’s Alice TV adaptation. For more news, and content about movies and TV shows, keep following Retrology.