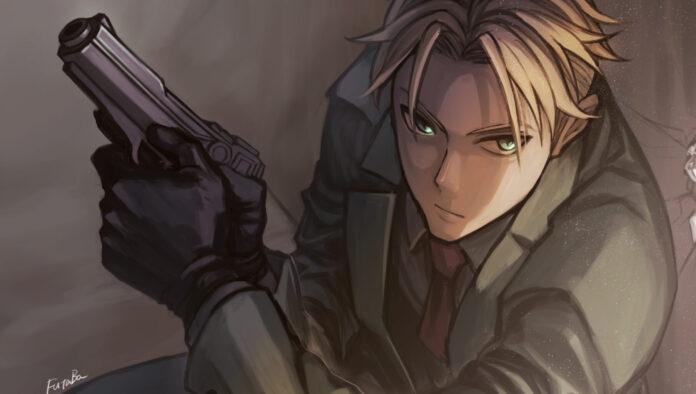 Spy x Family is an ongoing anime, adapted from the manga with the same name by Tatsuya Endo. The story follows a spy, going by the name “Twilight,” who has to build a family to complete a mission. What he doesn’t realize is that the girl he adopts is secretly a telepath. Moreover, the woman who agrees to the fake marriage is secretly an assassin. It is a Shounen comedy anime with quite a bit of action. Twilight may seem cold at times, but we see how kind he actually is when he rescues Anya, his adopted daughter. We collected together some cool Loid Forger fan art which is sure to blow your mind away!

These pieces are absolutely stunning! They really convey his line of work, how he always works in the dark, but his heroic deeds never get recognized by the public.

These artworks show Loid in a black overcoat. These clothes really suit his occupation a lot, won’t you agree?

Next, these two rather flashy artworks are so pleasing to look at!

The first piece shows Loid in glasses, a sight we rarely see. Meanwhile, the second captures the relationship between Loid and Anya beautifully!

Unfortunately, we do not know the artist for this fan art. However, it’s far too beautiful to be left in the dark! If you know the artist, please let us know in the comments below, we would be happy to update the article.

These are some of our favorite Loid Forger fan art. Additionally, we have linked each artist’s platforms in the captions, be sure to give them some love! You should also check out these Luffy Gear 5 fan art. For more anime-related content, stay tuned to Retrology.