Walter White quotes that will make you re-watch Breaking Bad 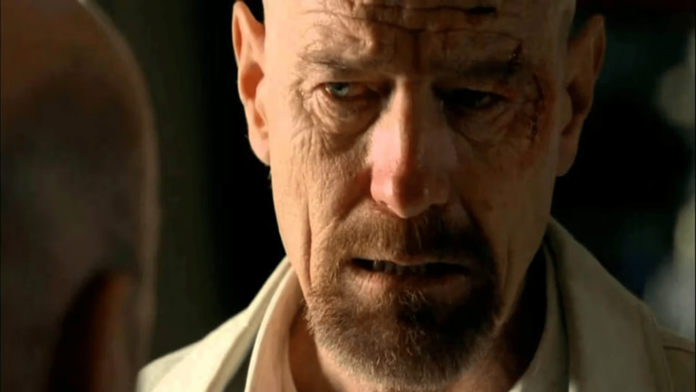 Let’s admit it! We all gossip about our teachers. But what will happen if you know that one of your teachers has an evil side? Now, that’s really not-so-normal. Here is such a teacher from Breaking Bad, Mr. Walter White, and his quotes are just awesome. Let’s check out some Walter White quotes that will make you rewatch the show.

Breaking Bad is one of the best TV shows of this century. A chemistry teacher Mr. Walter White starred as Bryan Cranston, lives with his wife and a son – who has cerebral inability – in New Mexico. As head of the family, he is constantly worried about his financial condition. And it gets worse after his stage III lung cancer diagnosis with only two years left to live.

The climax of the TV show begins as he takes a daunting decision to step into the underworld world of drugs. To pay his medical bills and strengthen the financial condition of his family, he has partnered with a meth-dealer Jesse starred as Aaron Paul. The plot of the TV show shows the gradual change of a normal family man to his crime life to make money. Let’s learn his awesome and brilliant quotes.

“Stay out of my territory”

Walt comes across a wandering shopper who picked the wrong matches to make the meth. After rectifies him and moves his way out. He heads back to him after a change of heart and confronts him to warn. He warns him to stay out of his territory as it’s his business area. This tense standoff made their quote powerful with dense words.

The early Walter is no more the same after he realizes his power. After the fifth season of the show, he emerges as a powerful criminal who is no more scared or fears anyone. He now stands face to face with his enemies letting them who he exactly is with his words. His fearless personality is a speechless warning to his opponents now.

I am the danger

“You clearly don’t know who you’re talking to, so let me clue you in. I’m noting danger, Skyler. I’m the danger. A guy opens his door and gets shot, and you think that of me? No, I’m the one who knocks”

Anna Gun starred as Mrs. Skyler White is scared of the person she once knew as her husband. Walter’s criminal acts are now threatening his personal life. After hearing Skyler’s thoughts, Walter shouldn’t want to be the old Walter anymore and decide to things straight with her. He clearly directs his words that he is the danger and can no more turn around to the old Walter. And Skyler finally realized that she no more knows her husband.

“Jesse, you asked me if I’m in the meth business or the money business…. Neither. I’m in the empire business.”

Walter has a lot more money than he thought he could ever earn. Now, his motive has changed drastically which confuses Jesse. He then discloses his real intention to build an empire bigger than himself to cover the drug business. In the last few seasons of the show, you will see the real colors of Walter who is no longer the same after he separates from his wife. This sad reality hits hard.

“If you believe that there’s a hell, we’re pretty much already going there.”

This ironic quote is in the seventh episode of season five where Jesse and Walter are cooking meth. And involved in a conversation about the death of an innocent child. Walter turns the talk into a painful path. Walter tells Jesse how good he is at cooking meth and taking lives as a result of it. Indirectly, Walter was informed that both are equally responsible for the innocent lives they took.

This scene was a spectacular eye treat to the viewers where Walt resigns from the car wash. The boss Boghan treats them like his slaves and his ill behavior toward Walter’s medical condition makes the audience hates him even more. The final talk with that statement made the audience happy after he finally acknowledged his weird eyebrows.

At the beginning of the show, Walter shows compassion for his family. But by the end of the show, the audience is shocked by the fact that financial condition was just a cover. His real intentions were different. The confession video was not as real as we thought. He reveals that his money-making plan was just a shell of his evil plans that cracked out at the greed for more money. The greed and despair were now reflected in his tune too.

The Study of Matter

Here Walter was teaching his students about students but actually, he was portraying his own transformation in words. He finds chemistry as the sole solution to his problems whether it’s medical bills or his inner obsession. His comment reflects his mind.

Walter is an honest chemistry teacher and has no police record in comparison with Jesse a young teenager in drug dealing with no future. This clear comparison of both lives shows the audience the lives of this comedic duo.

“If you don’t know who I am, then your best course would be to tread lightly”.

In the end, we have added all the Walter White quotes you should hear. This show reflects the sinister side of a normal-looking family man. The show is much more than this. So, pin it to check out later. Also, have a look at our news page for new updates.