Viper Valorant – All the Tricks and Tactics 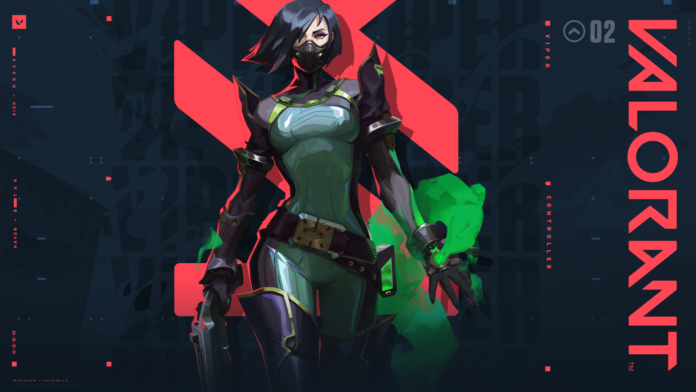 Ever since Valorant has hit the market, it’s been up for conversation. With many duelists being top frags and many players’ favorites, controllers and sentinels are unfortunately left behind. So let’s give them a spotlight. We will start with the discussion of an agent, Viper a controller in Valorant.

Viper is an American chemist who uses poison as her weapon, whether they are in the form of liquid poison or poison gas. According to the official descriptions, she is very experienced and quite tricky in her use of weapons to disable enemies.

She uses poison and acid to cause havoc. Viper is a predator who uses fuel to burn down and suffocate her enemies before activating her poisonous abilities, Poison Cloud and Toxic Screen, which melt passing targets and impair their eyesight. Her fuel gauge recharges over time, allowing her to dominate places for a longer length of time.

As she is a controller, she is not someone you play on main as. She merely assists and sets up the site for others players to play in.

There are numerous videos about viper’s range and how her abilities can be used to her fullest. From lineups to plans, she is a really good defender and can be an amazing choice if you know how to use her. If you don’t know much about her, here is a brief description of her abilities along with their uses.

A glass tube that shatters on impact with the ground, spreading poison liquid everywhere. This can give damage to the enemy up to 30 hp.

This is a gas emitter that can be placed anywhere. This uses fuel and can be seen from the fuel gauge present to see how much time will it stay up. The gas can be harmful to the enemies making them vulnerable.

This ability doesn’t need to be bought. You can put up a pretty long toxin wall which restricts the enemy’s vision and also harms them if they try to pass through.

Viper’s Ult is really good to surround the players. She emits the toxic gas over a large perimeter of the site and whenever someone enters it, they become vulnerable and can be killed quite quickly.

One of the best and most used lineup:

If estimating trajectory, launch distance, and wind strength isn’t your thing, there’s always the tried-and-true option of being a general nuisance near the bomb site. This lineup is the easiest and best to save your bomb from being diffused.

This is a pretty solid trick so use it if needed by Viper players in Valorant. That is all for today, if you need more general tips check out these 5 Valorant Tips And Tricks To Take Your Game To The Next Level. Good Luck!