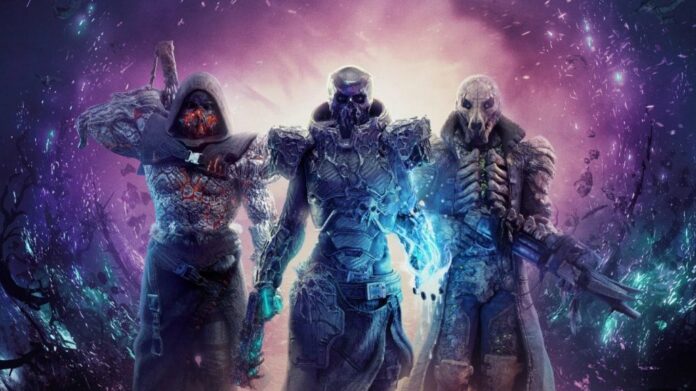 Outriders Worldslayer is an action-adventure third-person shooter that was launched in April 2021. Outriders is a PlayStation, Xbox, Google Stadia, and Microsoft Windows game developed by People Can Fly and released by Square Enix. We are going to discuss the Outriders Worldslayer Classes Guide to help you on choosing your preferred class.

There are four playable classes, two in each with a total of 8 types. Each account can have up to six characters, allowing you to experience each class at least once.

Each class has eight skills in total, beginning with one and progressing to more as they level up. Every class also contains three sub-classes that you specify using the Class Trees, which you may modify at any moment.

The four classes are the following.

These classes are further divided into two for each type, with a total of eight classes.

Each class has three subclasses where points may be added, and once you reach Level 30, you will receive 20 points. As a result, players may develop their own builds using numerous nodes on primary encounters such as Weapon Damage, Anomaly Power, and Survival.

To check what each class is best at and what not, there are few things we will judge them on.

Trickster has been voted by most of the players as one of the best in both solo and team plays. They are incredibly fast and can handle most of the enemies with a quick hit, giving them space to be shielded away from close combat enemies. This is a plus point as these small enemies are the ones who tire you down.
They are extremely adaptable and can take on bosses before their attacks can hit them. They also have access to a wide range of skills that allow them to be extremely strong.
The only downfall of this is that they have a low shield which can be highly problematic for them. They can take on hits pretty easily if they are not controlled fast enough. To save them, gear them up in a good armor and they are good to go.

With its gadgets at hand, Technomacer class comes second. The Technomancer can heal itself as long as it continues killing. The more damage you put into it, the more defensive you become. This is true for all classes, although the Technomancer has a significantly stronger link primarily due to him not getting any hits thanks to his long range.

The Technomancer is possibly strongest at long range – at least where most adversaries can’t even hit you. And this is where it falls short. Although it can get defensive, it is still not really good at close range. Also, it doesn’t deploy as much damage as others which is a bummer.

Nonetheless, it is an underrated class so do give it a chance.

The tank class is Devastator. This class can take on a lot of damage and still not be fazed. They are very powerful in taking damage.

Because its health regeneration is related to the deaths of adversaries within close range, the Devastator is designed for close-quarters combat. It’s also a terrific co-op class since you can fill its mod slots and talents with abilities that enhance the entire team, and it makes sense to put such capabilities on your tankiest team member.

The reason why Pyromancer is ranking at the bottom is that this class is not good at either killing the enemies with high power or having an excellent shield. His healing can only be done when he kills a specific marked enemy. This shows that he is the worst for solo plays.

Though for team plays, he is one of the best. Its outburst can aid in killing the weak enemies or making way for your team. It can power up and distract while also keeping the distance. During the time the other teammates are healing or recharging, it can keep the enemies at bay so they won’t get hurt when they are vulnerable.

In conclusion, they are amazing for team plays but a bit risky for solo queues.

With that being said, it is completely subjective as to what class you think is better and what is not. Not everyone plays the same and not everyone can fail on the same things so if you think that your choice is better than what is ranked online, give it a shot.

These tier lists for Outriders Worldslayer Classes Guide are just there to give to piece by piece destruction of what the character is and why it is placed on the said rank.

If you are facing any problems, survey this guide for Outriders Worldslayer low FPS issue, stuttering, and frame drops.