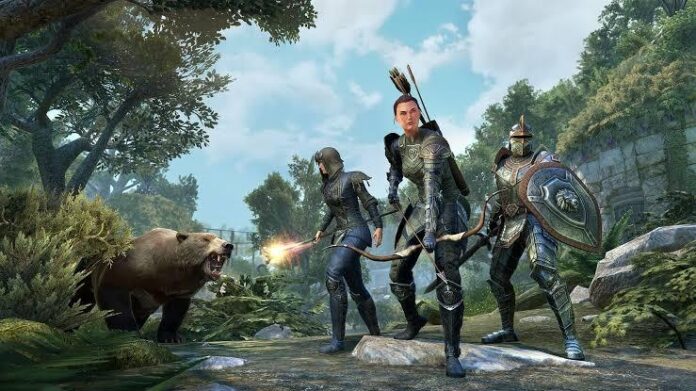 Elder Scrolls Online, developed by ZeniMax, is connected to the Elder Scrolls series, set in the continent of Tamriel. The franchise has recently released its next major update.

A huge patch of the update has landed on the public test servers alongside the new Lost Depths DLC. The new update and the DLC will officially launch on PC via Steam, Mac, and Google Stadia on August 22 and will be available on Xbox and PlayStation consoles by September 6.

However, as it is on the PTS, players cannot yet gain the rewards with their main characters but we are here to give you a sneak peek into what the new Elder Scrolls Online Lost Depths installment actually brings.

The Lost Depths DLC unfolds a number of changes, introducing you to two new dungeons full of endless loot and rewards and more vicious combat than the base game. You will also come across new item sets and furnishings. So let’s dive into what these changes actually are!

The two new dungeons are the main catch of the update. The first one i.e. Earthen Root Enclave, now under attack, is a spiritual sanctuary for the augors of the Systres. It can be found in the southwestern High Isle and is yours to defend.

The second dungeon is called Graven Deep and lies in southern Amenos. It is a mysterious land where ships vanish and are never recovered. You will head there with pirate Dhulef to unveil the mysteries that lie in wait.

Both of these dungeons come with a variety of item sets that you can only acquire as rewards in the dungeons. You will have a collection of light, medium, heavy sets, and a monster mask.

From Earthen Root Enclave, you can retrieve these sets:

At Graven Deep, you can get your hands on:

A lot has not changed for combat but some significant additions have been made nevertheless to offer better combat mechanics. You will experience better balancing damage output, especially with light and heavy attacks.

Light and heavy attacks used to scale with your highest offensive stats but now their damage level is flat. Medium attacks, however, will remain to scale as normal.

The base game now consists of new “rewards for the worthy”, which are basically rewards for PvP. These will be added straight to your mailbox with every 20,000 alliance points you earn.

A hefty amount of almost 46 new achievements will be available to those who complete certain challenges in the Lost Depths DLC. A large number of these are said to center around the new dungeons.

You can now also claim six new titles. Some of these are:

To claim these, you will have to complete the achievements that go with the same names.

This was all we know till now about The Elder Scrolls Online: Lost Depths. For more news and updates, stay tuned with Retrology.