Testament, Guilty Gear – Everything you need to know! 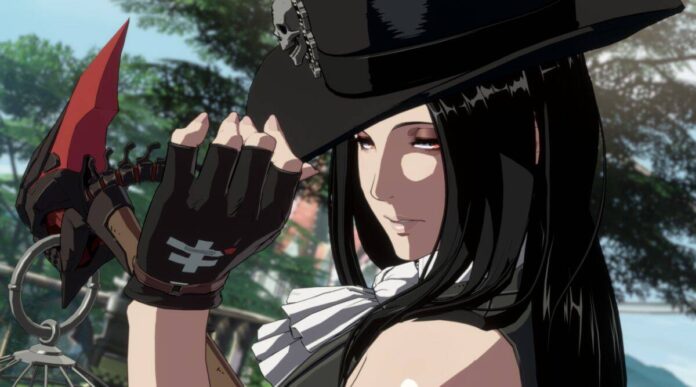 Testament is a non-binary character in the Japanese video game series, Guilty Gear who has caught a lot of attention as they were recently added to the latest release/sequel of the game, Guilty Gear Strive. Guilty Gear characters are notorious for their easy-to-play style and reading combos.

Before we begin, do check out our character analysis of May from Guilty Gear Strive that we covered previously.

Testament was introduced in the first Guilty Gear game as the adopted child of Kliff who found testament during the war. Therefore, testament looked up to him and joined the soldiers to fight even though he was a pacifist. Shortly after they got caught in a trap and were converted into a gear. Like all the other gears, Testament also becomes humanity’s enemy after falling under the influence of Justice. Even with Justice’s fall, testament fails to escape her control and makes an attempt to bring justice back by sacrificing their blood.

Testament later returns when Dizzy, the daughter of justice is introduced. Upon realizing that Dizzy is feared and is wanted dead just for being a gear, testament swears to protect her and accompanies her in the game. Later on, when Dizzy no longer needs Testament, they leave to live with people who cared for Dizzy initially.

Testaments return to the guilty gear screen for the first time in a long time has everyone excited.

Testament excels in the mid-range fighting with a variety of projectiles. Take control of the field by combining these projectiles with long-range normal attacks.

Testament summons a succubus who performs multiple powerful attacks. This move has quick recovery creating an opportunity to approach together with the succubus. The succubus’s attacks also put the opponent in a stain state on hit or block. Go all-in on the opponent while maintaining your advantage.

Testament summons a massive beast unleashing an extremely powerful attack. This move has invincibility as the attack comes out making it work well in combos or for interrupting the opponent’s offense.

Once you’ve prevented the opponent’s approach, take the chance to go on the offensive with the succubus summoned by the grave reaper. You can land a surprise attack using possession or put the opponent in a stained state by hitting them with the unholy diver.

Testament is a new but anticipated addition to guilty gear. It is quickly becoming a fan favorite and rightfully so. For more Guilty Gear character guides be sure to bookmark Retrology.