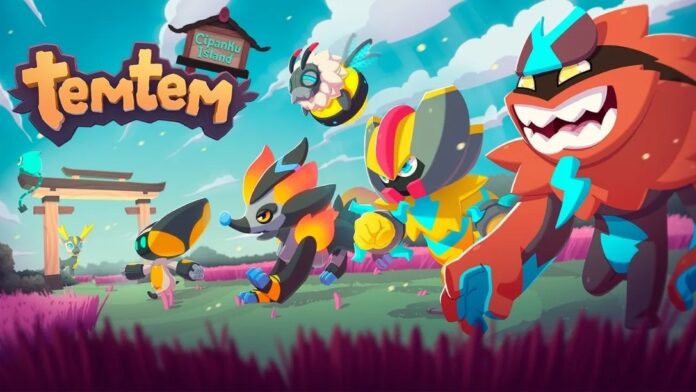 In Temtem, Luma is extremely rare with a pretty low probability of spawning in the wild. If you’re serious about obtaining a Luma, you’ll most likely need to devote a lot of hours to Temtem catching. To make your job easier, here is a Temtem Luma Hunting Guide to get you through easily.

Luma Temtem has distinct coloring from its typical forms, making them simple to identify. When they arise, some will be surrounded by shimmering stars, and the majority will have a neon blue outline, indicating their rarity.

Temtem Radars are objects that can be used to target a particular Temtem evolutionary line. You must utilize them in a location where that Temtem would normally spawn, and the targeted line will appear in the overworld. With a Temtem Radar activated, you can then chain this radar encounters up to 400 times. The longer your chain, the more likely you may encounter a Luma Temtem.

Paradise, the seventh mini Island for feathers, will allow you to buy whatever radar you desire rather than relying on RNG, as was the case with the previous system, which required us to rematch Dojo Masters and hopes you got the radar you wanted.

Obtaining a Luma Temtem is difficult, and this is by design: their powerful, rare nature makes catching or breeding one a gamble with a very low chance of success. If you want to catch a Luma Temtem, simply travel out into the wilds of the Airborne Archipelago and discover as many as you can.

When two regular, non-Luma Temtem are bred together, the chances of the baby being Luma are the same as catching one: 1/7500. If one of the parents is already Luma, the odds increase to 1/750, which is ten times better than before. If both parents are Luma, the probability increases to 1/75.

Also, keep in mind that there is a fertility rate so if you breed a lot, they can lose their breeding power completely.

This could be the least used but immediate way of getting Luma. It’s hard, yes, but there are some advantages to it.

The fourth approach is for individuals who don’t mind the work as long as it means assuring their eventual Luma. Whether it is through Dojo rebattles, daily tasks, selling breeding rejects, or anything else, they’ll do it. As Trading Hub Lumas may be quite expensive and time-demanding, you’ll need a lot of money.

You can acquire eggs with Luma parents that have a high probability of being Luma and then become the original trainer allowing for the use of telomere hacks. Or you can simply buy an already hatched Luma at a higher cost.

The easiest approach to obtain Luma Temtem is to visit Saipark during Luma week. This is like the Safari Park in other games. These are frequent Temtem events that increase the chances of finding a specific Temtem’s Luma version in Saipark by 4x.

That’s all for Temtem Luma Hunting Guide and ways you can get it. Other than that, just run around with your fingers crossed to get one.

Stay tuned for more guides on our site Retrology!