Tekken 8 announced for PS5 with a gameplay reveal trailer. 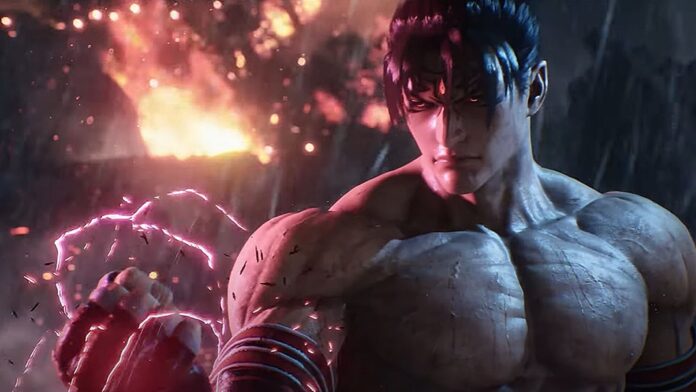 The Tekken series has the distinction of being the longest-running plot in a video game. With the addition of Tekken 8, this new entry will center on the father and son battle between Kazuya Mishima and Jin Kazama. This was revealed in the conclusion of Tekken 7 so the story will pick up from there. Let’s move to the details we got after Tekken 8 was announced.

The King of Iron Fist Tournament has long been the focus of the Tekken franchise and this time, the story is again surrounding its dynamics. The victor of the event takes over the Zaibatsu Company. Also, this time more effort is being put into characters so that choosing a specific character will allow the players to experience a distinct aspect of the plot as well as the many various reasons for attending the tournament. This will make the story more engaging and interesting from the player’s point of view. As Harada himself stated:

“The Tekken franchise has always been recognized for the dramatic pre-rendered movies from its story mode,”

While the teaser appears to be a pre-rendered cinematic, game director Katsuhiro Harada notes on the PlayStation blog that it is actually real-time material created on PlayStation 5. The director also added that the dynamic waves and tornadoes in the background will be actual effects employed in stages during fights.

According to the launch trailer, it is evident that it includes a fight between Kazuya and Jin as well as gives a glance at the amazing aesthetics. While little is known about the gameplay and what modifications will be implemented in terms of combat, Tekken 8 is emphasizing the landscapes, dynamic venues, and backgrounds, which bring the series to life in a fresh way.

The trailer was taken from the fighting game’s in-game story mode, thus it reflects how the game looks in the current work-in-progress build. Not much can be said about the game’s visuals as it’s still pretty much into production so let’s wait and then judge the official graphics.

Tekken 8 has no release date for the PlayStation 5, Xbox Series X|S, or PC. To be ahead of EVO 2023 and far enough away from Street Fighter 6, we believe Tekken 8 will be released between April and July 2023. However, we can also speculate.

Furthermore, the game will not be available on the PS4 or Xbox One, making it one of the first next-generation exclusive fighting games, as Street Fighter 6 is coming to the PS4.

That’s all the information yet released after Tekken 8 was announced. Good Luck to the creators and hopefully, this won’t disappoint us in any way. Meanwhile, you can check out the anime series regarding Tekken, which includes the main family dynamics and their story aspect of life.