Salt And Sacrifice All Tome Of Fates Locations 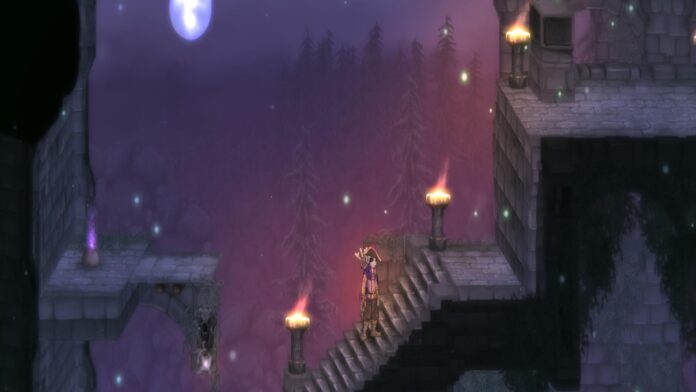 Look for Runereader Diedela once you’ve returned to Pardoner’s Vale. She will activate your Fated Tome, allowing you to hunt every day.

These boss battles are generated at random and are a great way to level up. These boss fights also drop a few valuable materials that are unique to the level at which you defeated the boss. Because of this, Fated Hunts is a useful tool for upgrading and getting rare crafting supplies.

You’ll want to reach the parapets with falling platforms and grappling points whether you’re arriving from the main entrance or the cellar where Inquisitor Selet is. You’ll be on a ledge with a grappling point and a zipline if you take the top-left exit.

After activating the zipline, ride it to the other side. Kill the mobs there if you want. Grab the item by climbing the ledge with the Grappling Hook. You can go down to the lower level, where there is an Obelisk and a Nameless Mage Hunt.

Likewise, the route to the right leads to a chest carrying the Champion’s Armor Set, but the platforms must be spawned with the Luminstone from Corvius‘ Mine.

Bol Gerahn holds the Ochre Tome. You can return to the temple on the left side of the entrance area if you’ve previously arrived at Bol Gerahn. Climb the scaffolding to the right and exit the building. Grapple and enter the chamber through the higher opening once outside.

If you swallow three named mages, a gate on the left side of the room will open. A Nameless Mage Hunt awaits you inside. As you climb, the platforms will collapse. Jump and roll to the last platform when you reach the middle one. This route leads to the Shroud Invasion NPC. Up then right is where you need to go. There’s a blade trap here, as well as multiple monsters, so be cautious.

Return to the top and enter the door on the left after exiting. The mobs in the room must be killed or eliminated. You must go to the room’s bottom-left corner. The Healer’s Armor Set is located in a small room after going up and left there. If you continue upstairs and right, you might find a Named Mage. By traveling through the blocked portal, the Palatine Vanguard and Palatine Armor Set can be gained afterward.

If you travel through the bottom-left hallway, you may use the Grappling Hook while wall-jumping to reach the top. This is where you’ll find the Altarstone Glaive.

Cyan Tome is found atop Dreadstone Peak. You must progress through the level to find this item. After slaying Kraeaxenar, Wyrm of the Sky, proceed to the right. You can talk to the sentient tree here, and it will tell you the rune password for the next zone.

If you glance around, you will see an air current. To lessen fall damage, jump and activate the Ethercloth Bolt, pressing the button at regular intervals. The object can be discovered near the platform’s bottom.

Cerulean Tome is held by Elder Copse. To obtain this tome, you must complete the majority of the level. When you reach the top of the Imperfect Shrine, you’ll see a terrifying figure bound to a tree.

It’s not the right time to deal with it right now. The game’s final boss will come after you interact with the tree.

Instead, proceed to the left. On the edge of the roof is the Cerulean Tome of Fates. At this time, you can try to fight the ultimate boss, however defeating it will result in the game’s endings and New Game+ mode. As a result, all you have to do now is return to Pardoner’s Vale and swap this item for a specific Fated Hunt.

That is everything you need to know about Salt and Sacrifice classes. For more guides, keep following Retrology.

How to Level Up Fast in Salt and Sacrifice

All Shimmering Bud Locations in Salt And Sacrifice

Salt and Sacrifice Save file location

Top May 2022 games that you really gotta play