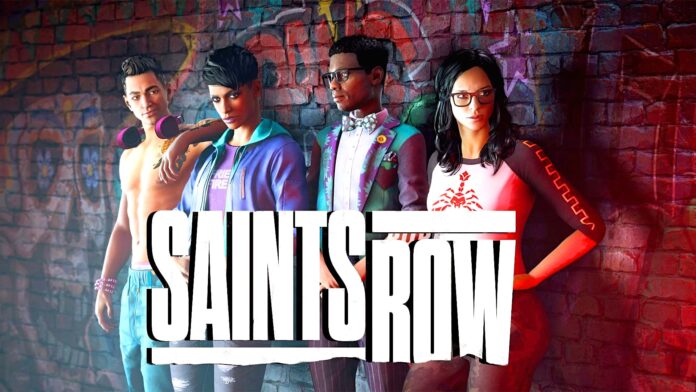 When it was reported in 2019 that a new Saints Row game was in development, fans had no idea what to expect. However, it was stated that the next game would be a reboot for the Saints Row brand. Rather than returning to old places or featuring the same faces as prior games, it would be different. Volition’s forthcoming game Saints Row will feature all new Characters, a new environment, and new gameplay, among other improvements. Details for the new characters in your gang are mentioned below.

The playable character who has no name is commonly referred to as “The Boss.” The boss is played by you, the custom protagonist that you create in the character creation option. Similar to earlier games, the people surrounding them have more personality. You just experience Santo Illeso and the life of the Saints through them.

They are brand new characters, with a pre-determined backstory as a low-level member of Marshall Defense Industries. They eventually get away to establish their own criminal empire. These jobs, and the difficulties they face, create the stage for the story of Saints Row.

Like any other gang, you need a nerd or smart person to lay the foundation and give you the statistics. Eli is just that to the Saints Row. He is a business genius; generating money is more important to him than the moral question of how it is made. Born to Nigerian parents, he is a first-generation American, born in the Midwest.

He came to Santo Ileso to make his fortune as an entrepreneur, to start his own firm. That business ended up being a criminal empire. As a motivated and determined person, and he doesn’t mind if a few people are injured along the way which shows his twisted morality.

An art school graduate, Neenah is the most skilled getaway driver in the industry. She was unable to find work at a museum and ended up working with Los Panteros as one of the best drivers. She can appreciate a magnificent piece of art in the calmer moments of her crime-filled existence when she needs to catch her breath.

As Neenah’s mother died of cancer when she was 15 years old, she has been raised solely by her father to this day. She loves anything involving gears which comes from her parents who were both technicians. After attending university and failing to find work in the arts, she returns to being a mechanic and becomes a founding member of the Saints.

The former member of The Idols, Kevin is a thrill seeker who enjoys music. He’s their go-to DJ and people-pleaser. He loves people, is devoted to his pals, and would go to great lengths for them. Kevin knows everyone in the city and utilizes his connections to get stuff, money, and pretty much anything else he needs.

He grew up in foster care and has spent his entire life searching for a place to call home. His passion for music developed at a young age as he moved from foster home to foster family. Kevin recently returned to Santo Illeso with the Idols, but he prefers his friends and family over them and finds them as his home.

These are Saints Row (2022) all new Characters. There is only one that is playable while others are part of your group. If you’re experiencing any problems, hop on to these guides for: