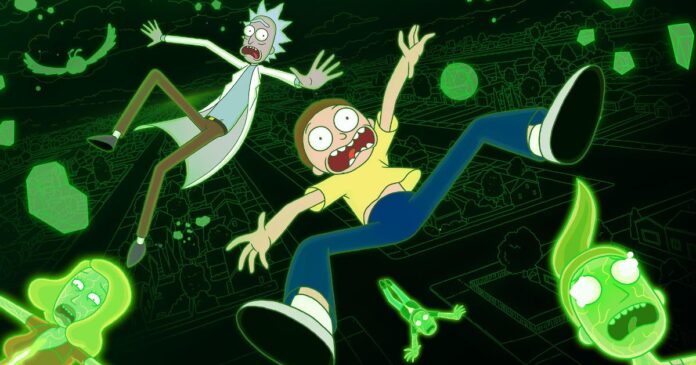 The creator of the award-winning animated comedy Rick and Morty, Scott Marder, has stated that going forward, a new season will be released “every year”.

Rick and Morty’s sixth season will soon be released, so Marder and producer James Siciliano sat down with Inverse to talk about their future plans for the popular animated comedy. The pair discussed their goals for Season 6 and beyond, stating that they already have two more seasons in various stages of production and that they would start to release new episodes more regularly from this point forward.

“There’s an unbelievable amount that we have going on,” Siciliano admitted. “I don’t know how much we could talk about, but as far as the production, we have Season 6 coming out, and Season 7 in production. We have the writers’ room for Season 8 going. So that’s about 20 episodes in some form of production, and the new season that we’re breaking.”

“I’ve created a high-class problem for us, but we’ll have a season of the show every year from this point forward.”

The creators of the well-known cartoon comedy have already begun to work towards this promise, since Rick and Morty’s sixth season is scheduled to premiere on September 4 just one year after the two-part Season 5 ends. But it hasn’t always been like this. Between the third and fourth seasons of the show, there was a notably long pause—more than two years passed before any new episodes began airing.

Justin Roiland, the co-creator of Rick and Morty, previously reflected on the animated comedy’s prior seasons and acknowledged that the sixth season of the show finds the series “finally back into the rhythm“.

“I will say that it’s a bit more canonical,” However, he added that there would also be a strong “point of entry” episode, as Roiland stated to IGN at SDCC. “It really rewards fans of the show that have been watching up to this point… So it’s like, I think we’re kind of finally back into the rhythm of Rick and Morty, and I think Season 6 is… I didn’t particularly think Season 5 was bad, but Season 6 is f*cking amazing. It really is a f*cking quality season.”

The Rick and Morty Citadel, Evil Morty, and the Evil Morty Plan, and an insightful glimpse at what the greater multiverse is up to were all offered to fans in the fifth season. Although it threw canon material at viewers at “a rapid and occasionally perplexing pace” which made the final episodes feel difficult to comprehend and decidedly rushed, IGN dubbed it a “lore-stuffed bookend to one of the greatest seasons thus far“.

The much anticipated sixth season will begin on September 4 at 11 p.m. ET/PT, continuing up precisely where the fifth season’s finale left the anarchic pair. The official logline for the upcoming season states that Rick and Morty will be “less fortunate and worse for wear“.

When official announcements are made on the seasons currently in production, we’ll keep you informed. Until then, stay current by checking out the news part of our website, Retrology.