A cmplete guide to Raya Lucaria Academy of Elden Ring 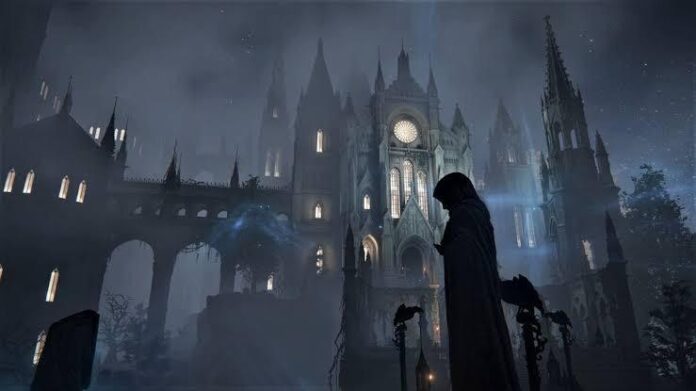 The Academy of Raya Lucaria is the second legacy dungeon you will come across in the game. This Elden Ring’s Hogwarts awaits you with its gothic views and fearsome bosses. The academy is brimming with exhilarating challenges for you to overcome and also contains many treasures and useful items for you to collect as you explore it.

In this guide, we will walk you through the Raya Lucaria Academy and the exciting adventures it holds.

There are more than one ways to get to the academy. The first one involves finding the Site of Grace on the map. From here, keep following broken pieces of wall and blue lanterns north and you will come across the academy gate.

The other route is way simpler and saves you a lot of time. Spot Lasykar Ruins Site of Grace on map and from here, go east till you stumble upon the Purified Ruins. Here, you will find a teleporter in one of the buildings. Use it to take you directly to the front gate where you can activate the South Raya Lucaria Gate Site of Grace.

You may reach the academy from either of the paths, however, you will not be able to enter it till you have the magical Glintstone Key. You can find your way to key in our Guide to Glintstone Key Location article.

Entry into the Dungeon

Return to the South Raya Lucaria Gate Site of Grace and interact with the seal to enter the dungeon. You can activate the second Site of Grace right away inside. Go left from here and take the elevator up and into the Academy proper.

From the top of the elevator, you will see a garden in front of you. Take a walk through it and then take stairs to come across Magic Grease on your right. Now find your way back to the large staircase, guarded by two masked magicians. Take them down and open the door to reach the colossal chapel.

Here, you will be met with another mage but as soon as you approach, some marionette soldiers will ambush you from above. Be wary of these and make your way through them using your weaponry skills.

The chapel also contains an illusory wall that you can access. From the front door, turn right and break the corner of the wall. This will expose a tiny space where a Rune Arc can be found. Now leave the chapel through the door on your left and you will enter the hallway with another Site of Grace. If you want to, you can rest here.

Head back along the hallway, past the door leading into the church, and descend some steps to reach the Academy Graveyard. You will be embraced by energy-draining skeletons so beware! Remember to keep to your left and follow a rocky ledge to the left of some gravestones and the main pathway.

To the right from there, you will come across a rope suspension bridge. This area is swarming with enemies and loot so make of that what you will.

Take the stairs out of the Schoolhouse Classroom, looking out for the mage who will be patrolling the connecting hallway. When the coast is clear, head to your left and find the Conspectus Scroll on the body in the small room here. Grab a Smithing Stone from the balcony by exiting through the door adjacent to the scroll.

Look over the edge of the balcony and drop on a ledge you see to land on a green area. Climb the rocks sitting in the corner to reach a hidden path that leads back to the lift. Taking care to avoid any gaps in the walkway, proceed to the end and take the Olvinus Glintstone Crown before descending and returning to the Site of Grace room.

You can find this behind one of the bookshelves to the left when you go up the stairs. A spell and a Stonesword key are hidden beneath a treasure chest that is inside.

Red Wolf of Radagon is one of the two ferocious bosses you will have to come face to face within the academy. This fierce monster mixes projectiles in with his barrage of attacks. His rapid biting and claw attacks frequently comprise multiple-hit combinations. He also summons a magic sword that it swings with its mouth. However, these attacks are not that hard to survive. Just use the right weapons and stay on your toes at all times.

Defeating him will allow you to claim his Memory Stone and a new Site of Grace.

From the Debate Parlor site of grace, head forward through the doors and open the gate, then take a right. As you approach the balcony’s edge, jump over the railing to enter a lower location. Go to the far end of that ledge and up the ladder to a broken window. Pass through it to arrive on the parlor’s upper floor. There is a chest you should open to gain the Radagon Icon.

As you continue your path, a set of mages attack you. Defeat them and then look against the nearby wall to spot the Golden Rune resting on a corpse. Grab it.

Rennala, a powerful sorceress who oversees the Academy of Raya Lucaria is the second Elden Lord most players are likely to encounter and might be a tough boss to face.

This battle has two phases, the first of which is more of a puzzle than a battle. While her minions are on the ground, Rennala will hover overhead. Defeat them to get to her. After you have taken down her minions, Rennala’s protective shell will shatter and she will fall to the ground. However,  she will trigger an explosion now which will lead you to phase two where she will face you directly with her full arsenal of spells. The key to defeating this boss is to never stop moving.

After taking her down, you will be rewarded with Remembrance of the Full Moon Queen, and the Great Rune of the Unborn.

There are also some other mysterious halls, gloomy rooftops, and serene gardens you can always explore at the academy so make the most of it.

This was all about the Raya Lucaria Academy. For more guides, stay tuned with Retrology.