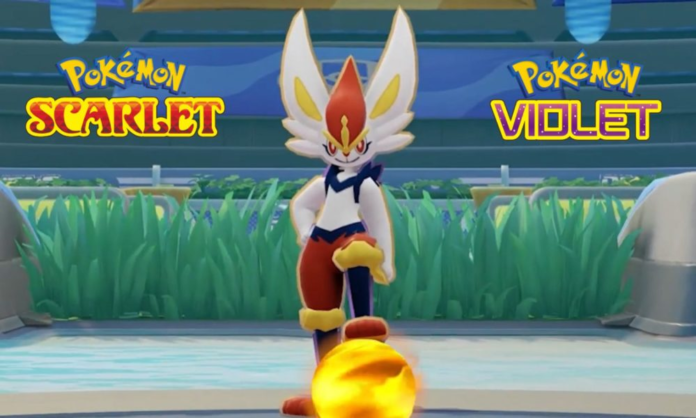 For a limited time, Pokémon Scarlet and Violet will permit players to battle and capture a Fighting Tera-type Cinderace. The final form in the Galar’s Fire-type starter’s evolutionary line is not normally available in most Pokémon games, so this is a rare opportunity for players. In this guide, we’ll help you with choosing the right pokemon to battle against Cinderace during Tera Raid in Pokemon Scarlet and Violet.

Fighting Cinderace will almost certainly be met with opposition from Pokemon such as Azumarill, Drifblim, and Charizard. Charizard’s Mightiest Mark event featured a variety of fire, flying, and dragon Sp. Atk-based moves. The Cinderace Tera Raid event will most likely look similar, but with a combination of fire and fighting moves. Some of the Pokemon that performed effectively against the dragon-type event Charizard will most likely be viable options against Cinderace. Here are the ones we think will be a good choice against it.

Azumarill is at the forefront of the list. As the Belly Drum Play rough combo still does massive damage, Azumarill is another top-tier choice for the Cinderace raid. It is resistant to both fire and fighting moves and can use Play Rough to deal massive damage to Cinderace. If you have this pokemon, just train it enough and keep it in the front for this raid.

Charizard is another likely candidate. It, like Azumarill, is immune to fighting and fire moves, in addition to the majority of Cinderace’s other coverage options. A flying Tera Type is ideal for this raid, as Air Slash is a powerful damage option.

Because of its ability, Dachsbun is an ideal choice for the Cinderace raid. This will eliminate any Fire-type attacks Cinderace will have while also increasing Dachsbun’s defense. Dachsbun can also learn some powerful Psychic-type moves on top of that. Your best bet for dealing damage to Cinderace will be Psychic and Fairy.

Talking about Psychic and Fairy types, players can face Cinderace with a Sylveon. The Fairy-type Eeveelution lacks Azumarill’s natural resistance to Fire-type moves, but it is still resistant to Fighting-type moves from the opponent. Sylveon’s best build in Pokémon Scarlet and Violet, especially the Moonblast move, is ideal for defeating Cinderace raids.

Drifblim is an unconventional support option that can do significant damage. It is immune to fighting attacks and has access to several potentially useful support moves, such as Rain Dance, Strength Sap, Will-O-Wisp, and Clear Smog.

Another potentially good option can be Slowbro. Its type and bulk will allow it to withstand Cinderace’s offense while also hitting hard with Psychic and Surf.

With a proper Tera Type and super effective damage option, Dragonite, Dragapult, and Salamence can all potentially work as well. Good Luck for the Cinderace Tera Raid in Pokemon Scarlet and Violet. For more similar guides, check out the guides section.