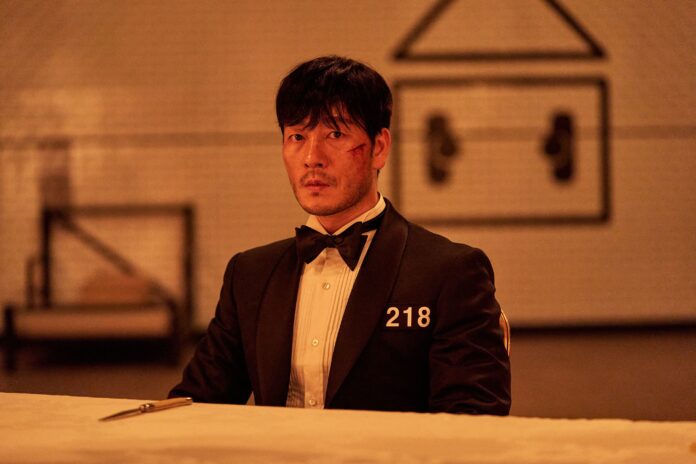 This South Korean cutie will show his symmetrical acting skills. His portfolio is filled with romance, comedy, action, crime, and thrill cinematic displays. Each character is filled with a different role and expressive acting talents enhance his fan base and spotlight his work. Here is the list of Park Hae-Soo movies and TV shows that will show you his versatile talents regardless of the nature of the role.

Park as Kim Je-hyeok is a famous baseball player. He was convicted of murder for protecting his sister from sexual assault. As the victim died after being brain dead, he was imprisoned for one year and his contract with the Boston Red Sox was suspended.

This TV show portrays the lives of the other prisoners and correctional officers. I personally love this series. With comedy, romance, and drama this series are worth watching if you’re in a bad mood. After this series, you will definitely call him Oppa(older brother in Korean).

In the Joseon era, a mermaid ended up in today’s Seoul. She crosses her path with a reborn swindler who was in her past life. Park is Hong Dong who is a prosecutor after the con artist who fell in love with her.

The series was a massive success with Lee Min Ho and Jun Hi Jyun as leads. His acting as a classic actor was amazing and appreciatable. This fantasy drama is amazing with its story and cast. It must watch for this weekend.

The massive success of Squid Game makes its way to Emmy. A unique crime thriller is a story of people with money problems who get into a children’s game contest to win the huge 45.6 billion Won. Little did they know that failure in completing the game will result in death. Park as Cho Sang-woo is a well-educated con artist who struck in there with a childhood friend.

He was recognized internationally for his skills, acting, and deception mindset. As an audience, despite his sinister role, he won hearts and was nominated for an Emmy. Endless finger hearts for Park.

An underworld drug dealer attracts the attention of the Nation Intelligence Service due to his fortune. He needs the help of an entrepreneur who needs wealth to kickstart his business. In Suriname, he sets up with them and gets sank in the crime world. His criminal acting skills are too good. His criminal mind and excellent acting talents were exceptional. Give it a try.

Made a plan of an almost impossible heist when the trio of friends crashed his Korean currency. They target illegal gambling houses where US dollars are stored. They need arms and get to this heist. Park is Han who needs a contract killer to kill the gambling house owners. His strong killer look did the work here. His action with arms and guns made his role quite good. Another good Netflix movie for you.

By Quantum Physics: A Nightlife Venture (2019)

In this crime movie, Park is the lead actor. He’s a bar owner who fights against organized crime. He builds up his own team. And fights them. The action was thrilling and the strategic scheme made them win the game. With Seo Ye Jin as her lead actress, the chemistry was quite good. Add it to your watch list to not miss it.

The National Security Services Black Team with the best agents fights at an extreme level of intelligence missions. It will lead to a hidden crime that shakes up the entire country. Park as Ji Hoon is a prosecutor that joins the case and becomes part of the case and does everything he needs to solve the case.

The head of the Black team is Kang-In who takes the ultimate risks to complete the mission even in desperate situations. This earns him the title of Yaksha. This crime thriller is filled with action and jaw-dropping twists. This will surely be up to the mark of action lovers.

A strategist and talented man with his strong crew set to an impossible robbery in the history of the Korean Peninsula. The story turns twists and goes down a rough path as the motives of the crew members differ after entering the Mint. Park as Berlin is amazing with his acting and his smart tricks to save his team made his perspective change in the view of the audience. A must-watch for fans who love crime, thrill, and action.

In the end, I would highly recommend the Park Hae-Soo movies and TV shows to watch for exceptional acting showcases and great expressive representation from the South Korean film industry. For more movie content, check the Movies section of Retrology.