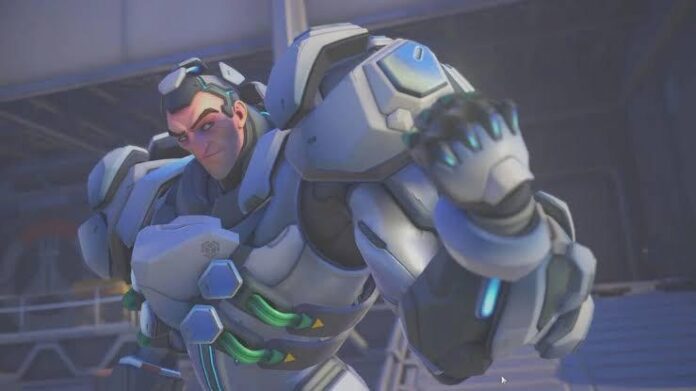 Overwatch 2 is finally here, bringing you new commoving heroes and playable characters so you can indulge in hours of exhilarating gameplay with improved playstyle, graphics and controls. The update introduces you to many new game mechanisms and a new Tank Character, Sigma.

The role of the Tank is to provide the team with a backbone by fighting in the front line-up and protecting the rest of your team from enemy strikes. These troops usually have high HP and utilise a hybrid playstyle by possessing both offensive and defensive tactics.

Sigma is an eccentric astrophysicist who got his powers when a gravity experiment goes wrong and now possesses aggressive powers. You cannot unlock Sigma by default, you can only access this character if you have completed the Hero Challenges.

You will always find yourself at a huge advantage if you play Sigma while in an alley or a corridor. He can attack in distances, with the attacks reflecting off of walls and casting hits to enemies farther away from you. His primary fire automatically explodes at a specific distance.

Another great asset is his shield which can recharge quickly. He can use this not only to protect himself but his team players as well. He can also use this tactic to recharge his health.

This is Sigma’s primary attack. He fires two energised orbs that explode after bouncing off of walls. This attack can target multiple enemies at a time which can work to your favour and also protect your teammates.

This ability lets you absorb incoming attacks by your opponents and you can turn these into a one of the shields for defence. This ability is of most use in critical conditions.

Sigma collects debris nearby and throws it towards the enemies to catch them off guard. This attack deals very high damage when used at the right distance.

This is the second shield of Sigma you can generate. It is a floating barrier that allows you to cast attacks even in mid air while you are free to move around.

Damage: 50 while lifting and drains 50% health while slamming down

This is one of the strongest attacks possessed by Sigma. Using this ability, you can control gravity and lift your opponents into the air (even as a group) and slam them down. This can exhaust your enemies off of almost half their health.

If you don’t want to be tracked, prefer walking on ground as Sigma’s footsteps result in zero sound as his movement mechanism is hovering in the air.

While using Gravity flux, keep moving up and down, this allows you to attack from a height.

Concentrate on appropriate positioning and cooldown management to make the most out of all abilities.

Sigma using his defensive shields can protect Mei when she needs to freeze while Mei can slow opponents down to create easy targets for Sigma, utilizing both of their abilities to the fullest.

Brigitte can become a complete Tank If Sigma is protecting her with a shield. Both can cast attacks causing huge damage using Sigma’s defense and abilities.

Soldier: 76 has an advantage over Sigma, to handle units from a longer distance. While Sigma’s Gravity flux can help Soldier: 76 cast individual attacks.

Sigma can cause damage to enemies around corners which allows Mercy with the opportunity to amplify Sigma’s damage.

Bastion can help protect Sigma while Sigma’s ultimate can provide free kills for Bastion as he can use it to focus on dangling opponents.

His shields can render some of the enemies powerless as they cannot get through to him.

Gravity Pull drains enemies off of most of their power, making them easier targets to kill.

His cool down time is lesser than other Tanks which is very useful in gameplay.

This was all about Overwatch 2 Sigma. For more useful guides, keep following Retrology.