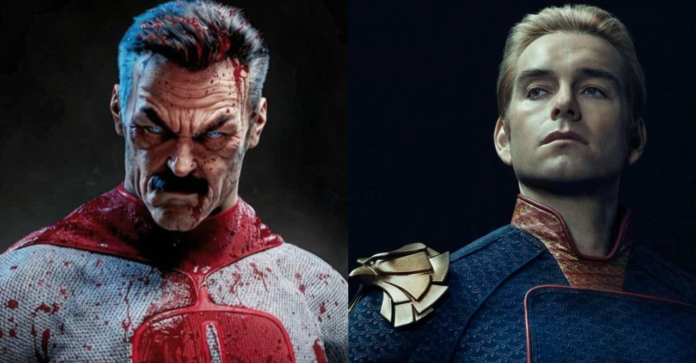 Invincible on Amazon Prime had an outstanding first season. It gave people a perspective on what might occur if superheroes actually existed, which regrettably means a lot of deaths and unintended consequences for the civilians in the superhero world.

This strategy is to compare it to that of The Boys, another Amazon original superhero TV series. The Boys, on the other hand, is a far darker show that highlights some of the terrible experiences that people with superpowers had outside of work.

Omni-Man to Homelander comparison is not one that has not been in discussion. Superhero movie fans often get together to discuss which of their favorites might win if asked to fight with each other. In this case, there are some variations. For instance, Homelander is more of a nihilistic character with a self-centered approach towards him. Omni-man is someone who is willing to believe there is something better to be expected from people.

The Boys has been in the most anticipated shows of June 2022 and rightfully so. Fans have begun to argue over which of the two characters would prevail in a fight because they are both viewed as unstoppable entities at the opposite poles of the spectrum. Homelander would lose, as is clear from the answer. In fact, he has zero chance of success in the underworld.

In this article, we will be discussing the pros and the cons of both these characters and leave it up to the readers to decide which one they think will prevail in the ultimate showdown between Omni-man vs Homelander.

Almost all of Homelander’s fights are the ones he won. He is a powerhouse in physical conflict and has the power to obliterate metahumans without lifting a finger. He has never had to use a lot of strength to overpower an enemy and that’s a con. Never having to fight an enemy stronger than him tells us nothing about his true power level.

In the case of Omni-man, we are aware that he has never lost battles on earth but prior to coming to earth we know that he does go under intense training that made him as strong as he is now.

The relationship between Stormfront and Homelander is enough for the readers to know about his emotional state. He is portrayed as a sociopath but on Stromfronts demands complied with her.

In contrast to this Omni-man is not emotional at all. He rationalizes before acting and all his moves are well thought out and calculated. The only time Omni-man let emotions guide him was when he stopped himself from killing his son Mark.

Omni-man vs Homelander: Brain vs Brawn

Homelander is emotional, gullible, and irrational. He would easily lose in an Omni-man vs Homelander battle. Although Homelander has a lot of resources at his disposal he still has not been yet required to outsmart someone using his brains alone. Guess that comes with being the strongest guy in the world.

On the other hand, Nolan is the strongest person in this universe but he is aware of the fact that strength alone is not enough to defeat a formidable foe. Omni-man is more of a strategist and long-term thinker than Homelander. Omni-man would easily irritate Homelander with his strength. When irritated Homelander would slip up during the fight which Nolan can easily take advantage of.

For more such comparisons and contrasts between superheroes be sure to check out Retrology. Where we add new content every day ranging from comics to news.