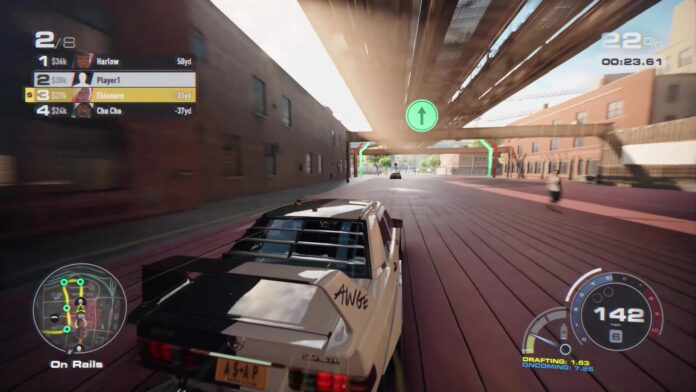 The drivers of NFS Unbound are ready to unleash the true driver in you. Another drive in Kennedy is ready for players to unlock. But you get to it you have completed the prologue to progress to this. In this guide to NFS Unbound Kennedy Drive Collectibles will help you get the exact spots and where you can claim rewards.

For the first collectible, start moving forward in the direction of the road. From your starting point, move forward and surpass the Burnout Spin board. Move a little further to see a left turn.

Just take the opposite side and you will see the billboard. It will be down the hill. Smash through it and earn dollars.

For the next collectible, head towards the opposite direction on the same road. Keep moving till you reach the vanity vans stop and petrol pump. A little further will be the billboard with Escape heading in it. It will be on top of a small hill. Smash through it.

For this Street Art collectible, you have to reach the tunnel. There will be a duck with paint spray in its hands. Collect it to complete the District Kennedy drive.

On the same road, you will see a wheat storage area. Head towards it and there will be the first bear that you have to collect.

For this billboard, you have to move back to the same road as the Burnout Spin board. Then, you have to move to the muddy area to have a good jump. Take the required distance and smash the billboard. Collect the dollars and you are back on the road.

For another bear, you have to move to the mountain range on the hillside. There will be another bear beside the picnic area.

In that same picnic area, move down the hill. There will be an old wooden stair area at the bottom of the hills and in the middle of the forest. Inside it, a bear will be located. Smash it and claim dollars.

Head towards the Pantronics billboard. In front of it will be the parking lot for cars and vans. Behind the vanity van, a bear will be there for you to smash.

Head towards the Kennedy checkpoint. It will show that you are moving in the wrong direction. Ignore the message and move forward to the end of the road. It will be the edge of the hill. Smash through it and claim points.

For this last collectible, move into the forest from the last spot of the collectible. Get off the road in the muddy area and get the car to a good distance. Smash through it with good speed and earn good points.

This NFS Unbound Kennedy Drive Collectibles guide will help you with the details and locations that you need to know. Go ahead, collect them, and have a good rise in dollars. If you’re looking for more gaming guides, then check the Gaming section of Retrology.