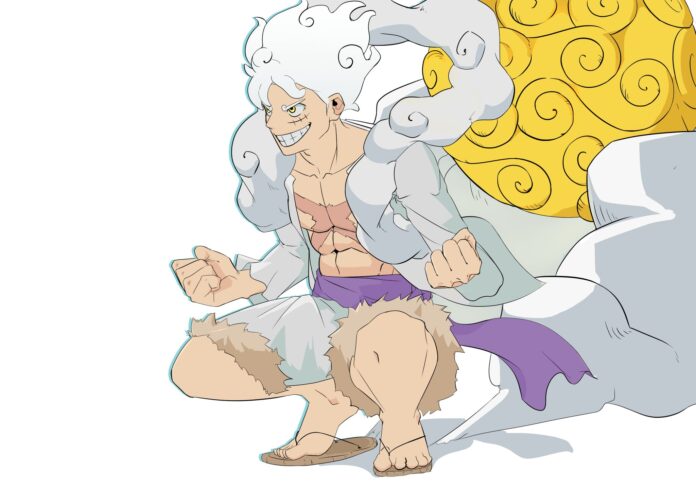 The One Piece manga dazzled all fans worldwide when Luffy’s Gear 5 was revealed in Chapter 1044 and it will only get better from here on out. Luffy’s Gear 5 is unlike anything we’ve ever seen before. With Luffy’s Devil Fruit finally being awakened, he can now harness his full power. He has become the symbolization of the Sun God, Nika. In this post, we will showcase an epic collection of Luffy Gear 5 fan art.

Luffy had always been the possessor of Hito Hito no Mi, a Mythical Zoan type Devil Fruit, and not the Paramecia type, Gomu Gomu no Mi, as we’ve been led to believe for so long. The fans have been using all of their creativity to come up with the best personification of his new form because the colored version of the Gear 5 is yet to be unveiled.

Below are some of the best Gear 5 fan art we’ve found from artists across the internet.

The three artists above have done a tremendous job at imagining the Gear 5, with two of them going with the white hair and Rakara opting for the yellow, glowing hair.

The fan art could not have been any better and it’ll be really surprising to see if the actual Gear 5 would look any different from what we’ve seen till now. Artists also haven’t been shy to give Luffy a fiery touch, making him resemble the Sun God.

On the other hand, some artists have gone with an all-white theme for Luffy’s Gear 5, with his entire attire being turned into white, along with his hair – in the manga the Strawhat captain has been described as “all-white”. It’ll be very interesting to see how the official colored version will turn out. We’re just as excited as you are to see what the anime and manga have in store for us.

That’s all regarding Luffy Gear 5 fan art. We have another collection of Gear 5 fan art that you might want to check as well. Keep following Retrology for more anime and manga content.