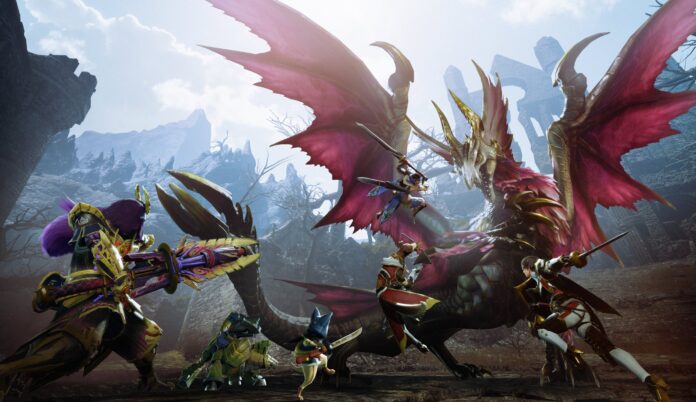 Monster Hunter Rise is a Nintendo Switch action role-playing game created by Capcom. Sunbreak is the Monster Hunter series’ sixth mainline chapter, and it was published globally in March 2021. Like other editions, there are two new maps added to this too. And this calls for the details on how to find these Sunbreak specific sub-camp Locations.

To access the Sunbreak sub-Camps locations you have to follow the same steps as in other locations. The players must first find the campground by physically entering it and approaching the burned-out bonfire.

Sub-Camps are minor camps inside maps that feature the majority of the functions of a Main or Base Camp. These allow you to move quickly, consume food, change your equipment, and utilise the Buddy Board.

Sub-Camps are quite beneficial for quick traveling. Depending on where you wish to go, you can go from one end of the map to the other. It’s quite useful for quickly teleporting though pathways and hunting monsters.

You can also rest at the sub camps with food available. They are the safe spot similar to the usual camps. There are a few actions missing in sub-camps but they still serve as a good resting point for the most part.

Start from the initial point on the map. From here go along point 11 near the beach. Keep going around the map all the way to point 3, passing point 4 on the way. Here you will see three yellow bugs, called Spiribugs, on the cliff. The marked area from the arrow shows the area where these would be found.

There would be a cave like area or an alcove to be precise. Go through it and you will reach your campsite with the burnout bonfire. You will get the notification when you reach the exact spot. This signal would be sent with a notification telling you that this is a good place for setting up a sub-camp.

Now, you must travel to Kamura Village or the new main hub, Elgado Outpost and speak with Oboro the Merchant. This is to accept the “Jungle Sub-Camp Security.” quest in which you have to slay eight Hermitaurs.

These can be found near the shore on both points, 3 an 4. Go there and kill all eight Hermitaurs. They are not easy to be defeat but can be dealt with quickly if you are powerful enough.

Now go back to the merchant and he will grant you the sub-camp. You can also see the sub camp on your map after talking with merchant.

Go straight from the beginning of the map, following the path. You will go through point 1 and 2 and meet an intersection branching away to many points.

From the map it may be thought that points 3 and 4 can also go to the destination but that’s false. There is no path through there to let you in there. In other words its a dead end towards point 5 or the south-east of the map

Keep going straight to the point 5. From that point, look slightly to the right of the original path. There you can see the path on the map highlighted by the arrow in the reference picture. Take this path and you will eventually reach the marked area. Here you will get the option to set up camp. This signal would be sent with a notification telling you that this is a good place for setting up a sub-camp.

Now to further go with the plan, you must travel to Kamura Village or the new main hub, Elgado Outpost and speak with Oboro the Merchant. This is to accept the “Citadel Sub-Camp Security.” quest in which you have to slay eight Boggis.

To do this, go to point 8 and kill 8 Boggis there. You can easily defeat them.

Now go back to the merchant and he will grant you a sub-camp. You can also see the sub camp on your map after talking with merchant.

That’s it, now you are done with both Monster Hunter Rise: Sunbreak sub-camp secret locations and can use it to your advantage. For more updates on your favourite games, do keep an eye out for games section on this site, Retrology.