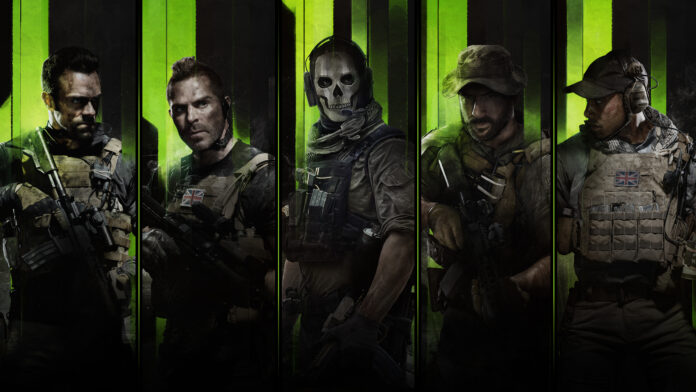 Even though the majority of Call of Duty gamers are concerned with the multiplayer component of the games, some players appreciate learning more about the backstories of beloved characters. Now, before getting into Modern Warfare 2 low-profile intel locations, let’s learn a little about what they are.

Treyarch and Infinity Ward have hidden special intel pieces in various game modes so that players can uncover them and learn more about these characters or events. Intel can be found in Call of Duty: Modern Warfare 2 in the form of USB sticks, folders, crates, or audio logs spread throughout various Spec Ops missions. Finding all the collectibles will award the players numerous achievements/trophies.

Before attempting to collect Intel Fragments, players should remove all enemy troops at each Target Site. Furthermore, the Low Profile Spec Ops missions have no time constraint, so players can take their time searching for Intel Fragments.

There are in total 20 Low Profile Intel in Modern Warfare 2 and here are all the exact locations:

The first Intel drop is near the B Target Site. The USB Stick Intel fragment can be found within a building, on top of a table.

Players should now proceed to the same building’s roof, where they will discover the crate which is the second Intel Fragment.

The third Intel Fragment can be located on the roof of a building to the north of the previous one. Players can gain access to the roof by climbing a ladder on the building’s outside.

Players should now proceed to the bridge on the west side of the map. The fourth Intel Fragment can be found inside a small white truck in the middle of the bridge. There’s a chance that a Juggernaut may be patrolling the region, therefore players should exercise caution while gathering this Intel Fragment.

The fifth Intel Fragment is inside a “W-shaped” building with a massive antenna on the roof, past the bridge. On the first floor, the USB Stick Intel Fragment can be located on top of a table with a computer.

The seventh Intel Fragment will be situated on top of a desk with many documents on the second story of the same “W-shaped” building.

The eighth Intel Fragment can be located within the building directly south of the “W-shaped” building. The Audio Log Intel can be found on top of a cabinet in the kitchen.

The ninth Intel Fragment can be found within the same structure, however, players must walk to the second floor. Once there, participants should go for a room with a laptop because the Intel Fragment will be plugged into it.

The twelfth Intel Fragment is found underwater. Players must proceed to the smaller bridge in the map’s centre. Players must plunge into the water from that short bridge and swim west until they reach a wide opening between some rocks and ruins.

The Intel Fragment is submerged within that opening. Players who prefer playing multiplayer may notice similarities in this location to some of the multiplayer maps already available.

The next Intel Fragment can similarly be found underwater, but players must first make their way onto the small island. A small underwater cave can be located on the island’s east side, on the right side of a huge building. The Intel Fragment box is discovered underwater inside the cave.

Players should now proceed to the A Target Site and look for a building adjacent to a bridge. The fourteenth Intel Fragment is discovered on the building’s roof.

The three Intel Fragments listed below can be discovered inside the A Target Building, which means players must first disable the C4 Traps before attempting to gather them. If a player trips one of the traps, they will be downed immediately, regardless of whether they have a complete set of armor plates. The fifteenth Intel Fragment is discovered on the first floor, in a room with two empty rocket launcher cases and a smattering of bullets.

The sixteenth Intel Fragment is discovered on a crate next to the preceding one in the same room. It can be found close to a window overlooking multiple silos.

The sixteenth Intel Fragment can be found on the second floor in a room with a few of vending machines.

Players should now proceed to the C Target Set in order to obtain the eighteenth Intel Fragment. The Intel Fragment box will be found on the roof of a structure overlooking the little island by players.

The twentieth Intel Fragment can be found against a wall near where players exit after completing the Spec Ops mission. It’s a little difficult to see, so players should use their Night Vision Goggles.

The final Intel Fragment is situated on top of a tower that can only be reached by parachute. As a result, players should scale the tall radio tower at the A Target Site. From there, players should parachute for the small island’s tower.