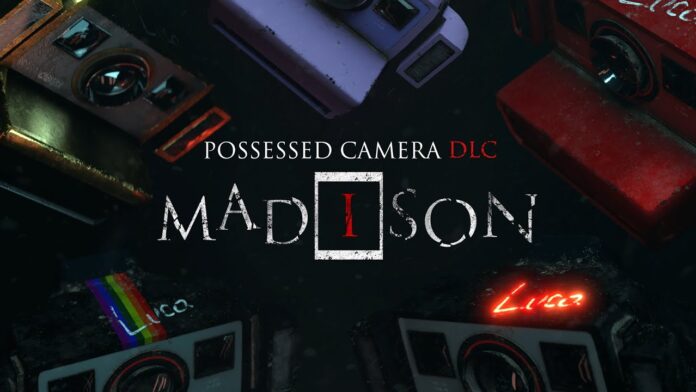 In MADiSON, the Polaroid camera can be used to disclose puzzle clues in the environment that are normally hidden from the human eye. Apart from that, this camera can also be used to find collectibles. Here is a guide on MADiSON all Collectible locations of 20 red photographs and five blue photographs which you photograph in order to add them to your collection.

Red Photo #1: When you arrive at Grandpa’s house, go to the kitchen. The first red photograph may be found on the ceiling.

Red Photo #2: Between the wooden beams in the generator room. Look up to see it.

Red Photo #3: Exit the kitchen through the right door. As you go out the door, turn around and check above the door frame.

Red Photo #4: In the bathroom (second door to the left in the corridor), look above the bathtub. The fourth one is there on the tiles.

Red Photo #5: This one is a bit tricky. Maneuver around the basement down the well. On one of the right pillars would be the red photo. It would be facing away from the light.

Red Photo #6: Look behind the door in the Grandpa’s room.

Red Photo #7: Following a statue down a hall will lead you to a little bathroom on your left, shortly after the room with the piano. Turn around once inside to locate the collectible above the door.

Red Photo #8: After completing the portrait puzzle in the attic, go to the red door. Continue straight until you reach the Red picture at the end of the route.

Red Photo #9: In the graveyard, look for the exit. Then just before it, go towards the right and the tomb nearest would have the red photo.

Red Photo #10: After falling from the graveyard inside the cathedral you can find the tenth one. It is located at the foot of a pillar in the first chamber you visit.

Red Photo #11: Time travel to 1987 in the cathedral. You’ll find the Red picture behind the bell in the bell chamber.

Red Photo #12: Time travel to 1951 and the 12th red photograph will be on the ground close to a bench to the left of the confessional chamber.

Red Photo #13: After completing the cathedral segment of the game, you will be returned to the main house’s attic. You’ll discover the photo above one of the portraits, after using the red door in the attic.

Red Photo #14: After you are done with the task of getting the red key, you can locate it on a box after returning to the basement with the key.

Red Photo #15: Once you use the two triangle keys to unlock the door at the end of the first hall in the game, you will find the red photo.

Red Photo #16: Another tricky one. After getting into the elevator keep your camera ready. Then snap the picture when you are between the 3rd and 4th floors.

Red Photo #17: Check the back of a pillar on the mausoleum section’s second level. There you would find the photo just below the golden ring.

Red Photo #18: You will be able to open the door with the clock on it after passing through the mausoleum. The collectible may be discovered on the side of one of the wall clocks.

Red Photo #19: Open the middle cabinet in the kitchen. You would need bolt cutters for this. The red photo would be on the lower shelf in your view.

Red Photo #20: This one would be in Dad’s room. The photo can be found on a wooden beam close to the roof.

These are all the locations for red photos and now you know more than half of MADiSON all Collectible locations.

Blue photos are available for collecting after you read about the Blue Knees. After you do this, the layout of the house changes which can also be termed an alternative house in a different universe. Here are MADiSON all Collectible locations for blue photos.

Blue Photo #1: Go to the room that was originally a room of clocks which is now an office. You will see the blue photo on the pinboard.

Blue Photo #2: Go down the corridor to the left after leaving the kid’s room where you released Blue Knees, and then enter the hall to the right. Continue all the way to the finish to discover the photo on the left wall.

Blue Photo #3: After exiting the kid’s room, turn right and proceed down the corridor to the right of the little office. Enter the chamber to your left and look up to locate the collectible on a wooden beam above you.

Blue Photo #4: Go straight from the corridor to the statue on the side of the living room. You will find the collectible in front of the white statue.

Blue Photo #5: The room just across from where blue picture #3 is located. This section was similar to an attic. Once inside, look up to see the image hanging over the large window.

As mentioned, these are collectibles so they don’t serve any purpose in the storyline. Still, they are fun to collect as they give a new perspective to the game, giving you a break from the difficult puzzles in the game.

After knowing MADiSON all Collectible locations and with all collectibles in hand you would like to lose all the progress due to a technical issue. So, to be prepared, head on to the following guides to understand and solve your problem.