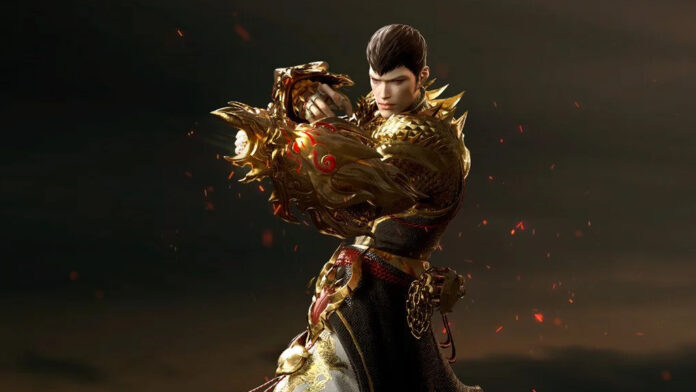 The Striker is a Martial Arts class in Lost Ark that focuses on hand-to-hand fighting style with an elemental twist (as for every class). The Striker is the male counterpart of the Wardancer, although there are several key variations. Striker’s class engravings, as well as several of his talents, are entirely different. To know about this class better here is the Lost Ark, Striker Build Guide so you can decide whether you want to choose it or not.

The Striker’s skill set includes a range of strikes as well as a pretty nice tiger motif in several of his talents. If the idea of getting up and personal with your opponents appeals to you, this is the class for you.

How to play with Striker?

The Striker will generate Esoteric Orbs through successful assaults on foes, which may be used to execute advanced skills. It’s common for these powers to require a certain number of Esoteric Orbs to be activated. The esoteric meter, which serves as the Striker and Wardancer’s class identity, is visible between your item and skill hotbars.

Unlike other classes, Striker is all about waiting for the right moment to strike down the monster with your orbs. You will learn to connect magical combinations with practice and patience. And with Strikers’ lightning-quick agility, you’ll be out of trouble in no time.

The Striker’s playstyle in PvP is primarily focused on moving about and immediate reflexes. With a Striker’s mobility, you may continually hop in and out of combat, avoiding lethal assaults while landing your own. Our major goal with PvP builds is to get excellent skills.

As a Striker, you would normally play cautiously and take your time positioning yourself at the back of the boss and eventually unleashing your major Esoteric damaging talents. This is the PvE build. You must accept that you cannot use every talent that the Striker has to offer in a PvE build. The fundamental reason for this is that it is inefficient in terms of time. Secondly, with just a few abilities, you can develop a strong enough build.

Dash forward and use an explosive assault to land four strong hits. If your opponent is not an elite/boss type, the first strike will stun them, however, if you miss the first hit, the Striker will not execute the rest of the blows so be cautious!

The striker must gather enormous energy in his legs and create a wide direction before smashing the ground twice for the ultimate damage. Unlike the nova blast, this one only hits twice, however, both hits are executed even if your first hit was missed.

Engravings add another degree of customization, enabling players to improve certain attributes or change the purpose of their class. Every Lost Ark class has accessibility to engravings that will drive your playstyle in one direction or another. There are many basic Engravings for all classes, but each class also includes two Class Engravings. You can select between Deathblow and Esoteric Flurry for Striker. They have radically distinct playing styles.

As the name implies, it is a heavy attack build. The Death Blow build primarily employs conventional abilities to generate Elemental Orbs, which are then used to power up their tough Esoteric skills. The Death Blow build is often more powerful than the Esoteric Flurry build since it offers greater damage to Esoteric talents for every Elemental Orb you hold, in addition to devouring all of them on Esoteric skill activation.

These are the skills according to the Esoteric Flurry Engraving and build.

This build prioritizes steady damage over burst damage. Esoteric Flurry is a more straightforward build with a high attack rate and consistent damage. Because each Esoteric talent only consumes one Elemental Orb, you don’t have to worry about missing an Esoteric skill and losing a lot of damage uptime.

These are the skills according to the Esoteric Flurry Engraving and build.

Following the Lost Ark Striker Build guide, you should prioritize Crit and Specialization for your talents. Specialization will increase the damage to your Esoteric Skills and awakening skills. Crit, of course, will deal with the Crit Rate. Here is a basic stats of what may be considered strong for the Striker:

And that’s a wrap on the Lost Ark Striker Build Guide. There are a few other things you need to consider too but those depend on your gameplay and what are your preferences. We’ve also covered Guide To Glavier Build In Lost Ark so do check that out it you’re interested.

Lost Ark Island Tokens: Where and How to get them?