Lost Ark Ships – Everything you need to know 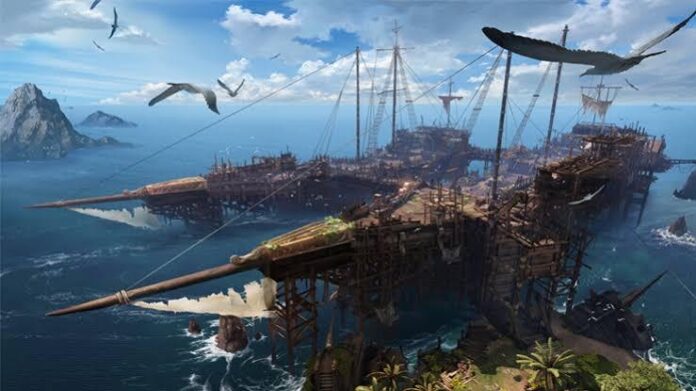 Lost Ark allows its players to embark on a plethora of adventures, allowing them to soar through wild oceans, unveil hidden gems in exotic islands and navigate their way through vast continents.

Besides offering picturesque views, Lost Ark also has a lot of distinct items in store for you. In this guide, we will be covering one of the staple items for the main story, the Lost Ark Ships.

These ships are key during end-game content, as they allow you to traverse the seas of Arkesia. Lost Ark introduces the sailing feature a lot further in the game, opening you to spans of unexplored seas and islands. However, you will have to unlock these ships before you gain access to them.

You will be able to sail the Lost Ark ships only after you have completed the quest “Set Sail”. If you are following the questline, it won’t take you long. Once you arrive at Wavestrand Port and complete “Have to Half It”, you will be offered the “Set Sail” quest.

Completing the quest will grant you your very own ship, Estoque. This is a base model of the available ships that feature the best average of resistances against the various threats of the sea. Gaining a ship will open you to a lot of adventures and a bunch of fun activities!

Each ship you will come across will have different resistances to hazardous waters. These waters can cause damage to your ship. The resistance against a hazard is measured by a number between 1 and 100, and it can be upgraded for every ship beyond the default. Some of the hazardous waters you need to stay vary of are:

There are a total of eight ships for you to get your hands on, including the default shop earned during the quest. These are:

You will receive this ship after you reach level three reputation in She Drifts, Sea Gifts Una daily quest.

It can be obtained as a reward once you reach level four reputation in the Lopang Island Una daily quest.

It is earned as a reward for gaining a level three reputation in the Bleak Night Fog Una daily quest.

It will be unlocked once you begin the Set Sail quest during the main story.

This ship is earned as a reward for reaching level three reputation in the Ride like the Wind Una daily quest.

You will be rewarded with this ship for completing the North Vern main storyline.

You will be granted with this for reaching level four reputation during the Hypnos’s Eyes Una daily quest.

This ship will be unlocked after you finish the main storyline of Anikka.

This was all about the Lost Ark ships, how to unlock them and what features to look for. For more similar content, keep following Retrology.