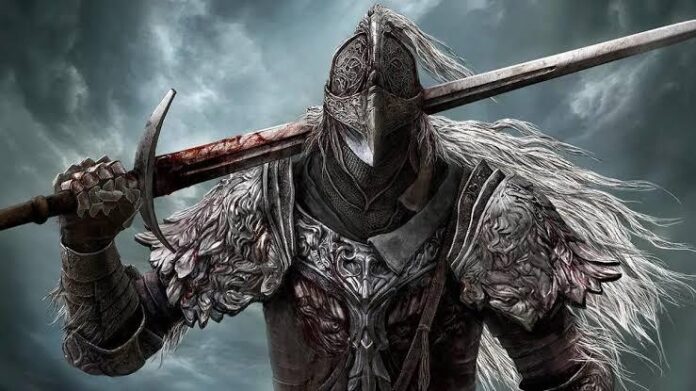 Scattered throughout the Lands Between, armaments are some of the most powerful and useful weapons you can get your hands on in Elden Ring. Armaments can be acquired at almost any point in the game.

There are a total of nine legendary armaments interspersed among the spanning lands. Collecting all nine of these armaments will win you the Legendary Armaments achievement.

Even if you aren’t one for hoarding achievements, some of the armaments prove to be very useful weapons that might come in handy during the questline so don’t miss this one out!

In this guide, we will let you know all about the Elden Ring legendary armaments and where to find them.

This will probably be the first Legendary Armament you will spot. However, you cannot claim it just like that. You will have to defeat a boss called Leonine Misbegotten. You will face him in Castle Morne, on the southern tip of the Weeping Peninsula.

This weapon is of great use as you will also be requiring the Grafted Blade Greatsword for Irina and Edgar’s quest, so make sure you grab it!

Sword of Night and Flame

The Sword of Night and Flame is an intelligence and faith combo weapon. It may also be one of the “must-haves” in the game. You can find this powerful weapon in Caria Manor.

Make your way to it by following the ramparts from the Manor at Site of Grace until you find a series of smaller buildings to the north. Check these for till you find one with a trap door and a ladder. Inside it, you will find a chest containing the Sword of Night and Flame. Add it to your collection.

This may be a great weapon nevertheless, acquiring it needs double the effort as you will have to go against not one but two ferocious bosses. In the very south of Caelid is Redmane Castle, which houses a double boss fight against a Misbegotten Warrior and a Crucible Knight.

You will be rewarded with the Ruins Greatsword if you beat them both. If the festival is already underway when you get there, beat Starscourge Radahn and then return later and there should be a Fog Door blocking the entrance to the main square. If not, talk to the Jester and he will reset the location for you.

This ensorcelled sword is dropped by the Elemer of the Briar. This, unlike the others, is an optional boss fight at the end of The Shaded Castle in the Altus Plateau.

The Dark Moon Greatsword will be rewarded to you for completing the long quest tied to Ranni the Witch. You can pick it up off the altar in the area where the questline concludes.

This will probably be the easiest armament to miss, as it can become completely unattainable after you defeat Maliketh in Crumbling Farum Azula. You will come across this weapon at Leyndell, near the massive dragon corpse. However, to earn this, you will have to defeat Godfrey the Golden near the top of the city.

This is one of the simplest armaments to find, even though it is in a late-game area. To find it, make your way to Castle Sol in the northwest Mountaintops of the Giants. You might come across some knights you will have to make your way past. The Eclipse Shotel will be in a chest in front of the altar in the Church of the Eclipse.

To earn this entrancing weapon, you will have to take on another Misbegotten boss. You will find the Misbegotten crusader in a dungeon in the eastern Consecrated Snowfield. He will drop the greatsword once you defeat him.

The Devourer’s Scepter can be picked up off the dead body of an invading soldier known as Recusant Berhnahl in Crumbling Farum Azula. After you have collected the last one, Legendary Armaments Achievement will be unlocked.

This was all about the Elden Ring legendary armaments. For more similar guides, keep following Retrology.

Elden ring best strength weapons for you to cheese enemies

Best Greatswords in Elden Ring that you should have