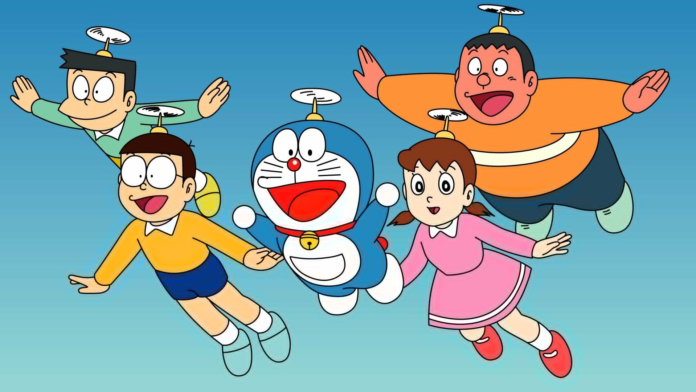 Children’s manga and anime are also known as Kodomomuke manga and anime refers to manga and anime with a specific audience consisting of children. These series are typically moralistic, advising children on how to stay on the correct path in life. Each chapter is usually a standalone story. Let’s get into more detail about Kodomomuke meaning, its types, history, and some examples.

Kodomomuke is a Japanese term for anime or manga aimed at children between the ages of five and adolescence. Kodomomuke literally translates to “for children,” as Kodomo (子供- こども) means “children” and Muke (向け) means “for or toward.” When you put the two together, you get a word that relates to children’s television shows. The age range is mainly for those under 13-year-olds.

Kodomo manga began in the late nineteenth century with the publication of short, 15-page comics in periodicals. These short mangas were produced as part of the Meiji era’s effort to promote literacy among Japanese youngsters. The invention of Astro Boy by Osamu Tezuka was what started this genre. Astro Boy was the first big-time kodomomuke anime series, and it gained immense popularity. It depicts very kid-friendly conflicts between Disney-sequel robots.

Types of Kodomomuke anime and manga

Kodomo anime and manga are classified into four types.

The first category includes anime and manga adaptations of Western stories. The majority of them are TV shows. Despite their popularity, they are not typical of traditional Japanese anime nor become greatly popular on a commercial basis.

The second category includes adaptations of Japanese media as well as original works. They employ linguistic humor, make references to Japanese society, and may be difficult to comprehend for non-Japanese audiences. They are similar to American animation in certain aspects. Doraemon is one such example.

The third group, includes manga and animation geared at young females, such as Hello Kitty. Anime and manga, like Pucchigumi, target young girls as well.

The fourth category, which is more similar to shounen, has ties to popular video games and toy properties and has had the most commercial success. Kodomo manga magazines like CoroCoro Comic and Comic BomBom typically target young boys.

The theme of Kodomomuke anime or Manga

All kodomomuke anime and manga are kid-friendly and provide some kind of instructive story. Some series use themselves to offer essential moral lessons to children, while others consider themselves purely entertaining.

Most kodomomuke series center on their child protagonists and may even neglect adults entirely. In these stories, it is up to the kids to save the day, and slapstick humor is frequently utilized to keep viewers interested through more dramatic themes.

The idea of making kids learn through cartoons is the tried and trusted way as it provides them with an entertainment source along with bits of information. Ask anyone, and they’ll clearly remember their childhood favorite cartoons that were their favorite.

Even if they claim that they didn’t learn anything from them, they unknowingly may have adopted some things from the characters. This makes the learning non-preachy and fun.

Examples of Kodomomuke anime or Manga

Here are some examples which go under this category of anime or manga and are often known to be referred to when figuring out Kodomomuke meaning.

That’s all you’ll need to know to understand Kodomomuke meaning and identify the anime or manga under this category.