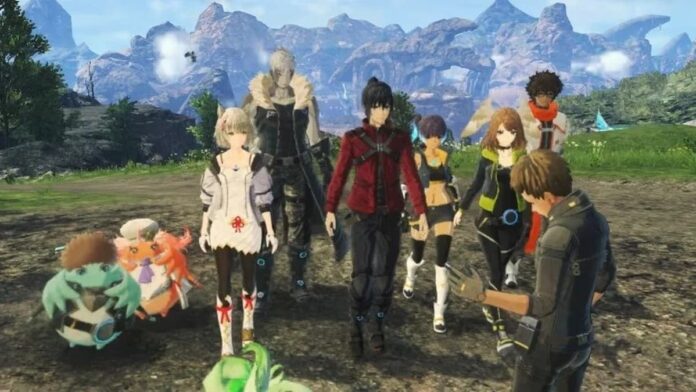 Xenoblade Chronicles 3 gamers that spend time exploring each zone are rewarded generously for their efforts. While moving through the main campaign, they may come across an out-of-reach Container or a hidden tunnel. These are mainly accessible through Party Skills, which are in-game elements that Ouroboros will master along the way. Those exploring the eastern Fornis Region come across the Milio Trick Caverns, which are located above the Namba Mound Camp.

Exploring the Milio Trick Caverns in Xenoblade Chronicles 3 unlocks a Standard Quest. Fortunately, the quest can be completed as soon as it is accepted. There are several conditions that prevent players from visiting the Milio Caverns too soon, as is the case with most sidequests.

When the Main Story switches to “Ribbi Flats,” the Fornis Region in XC3 becomes available for exploring. Continue assisting Colony 4 at the start of Chapter 3 to make this happen. Players will eventually be able to return to Colonies 9 and Gamma in the Aetia Region.

Go to the question mark icon in the northwest corner of the Aetia Region to assist a Colony Gamma member named Kyrie. Return her to Colony Gamma to begin the Hero Quest Going Beyond Power. Completing this quest grants the Hero Teach, Thaumaturge Class, and Scree Walking Party Skill. Players will require the Scree Walking ability to get to Milio Caverns.

After that, fast-travel to Colony 4 and continue east. If players are on the proper track, they will notice a sand inclination that can only be crossed by Scree Walking. Going up here will allow you to access the Dannagh Desert. The Raptor Perch Landmark is located south of the slope.

Looking towards the mesa at Raptor Perch, players will notice a cavern opening containing level 24 enemies. The Milio Trick Caverns are located here. Because the opponents here are level 24, it is not suggested that players explore the caverns until they reach level 26 or 27.

Players will eventually come to a room with a massive mechanism. Interact with the device. Using the R and L Buttons, move the orange circles to the green markers. Tapping L rotates the switches counterclockwise while tapping R rotates them clockwise. Simply rotate them left until the circles are aligned for the first puzzle.

Continue along the route. The road will be divided in two. The correct path is to continue straight, although there is an Ether Channel and a level 24 Elite Monster at the end of the left route.

There are two Elite Monsters. In order to progress, players must defeat them. Unfortunately, If you attack one the other will be drawn out. Therefore players should aim for level 27 before entering this fight. Continue south until you reach the third room, then take the right narrow route.

This problem works similarly to the one in the first room.

Sage’s Garden is unlocked by completing this task. Gather the things laying about and make your way to the entrance to the south of the room. This will take the player to Sage’s Domicile Landmark, where they will encounter two Nopon: Seekseek and Burrburr.

Thats it for this Xenoblade Chronicles 3 guide on Milio Trick Caverns. For more guides on XC3 be sure to check out Retrology.