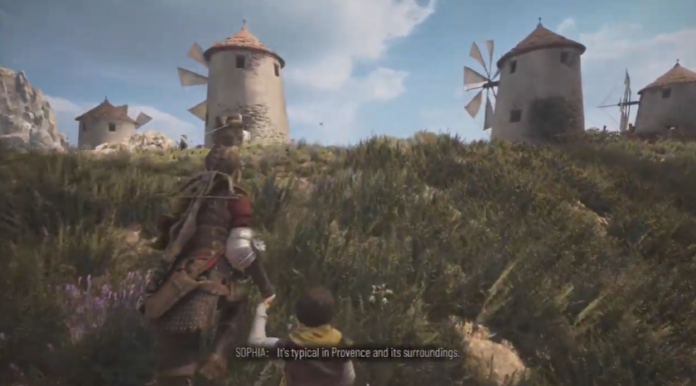 A Plague Tale: Requiem is full of puzzles and secrets, and there is one puzzle, which features a series of four windmills rising over La Cuna. We have included the A Plague Tale Requiem windmill puzzle instructions below to help you understand what you need to do to complete it.

If you’ve been exploring La Cuna in Chapter 9 of A Plague Tale Requiem, you may have seen weird markings all over the place. As you stroll around the plateau near the island’s palace, you’ll come across these strange designs carved into rocks, including a stone maze. These symbols, however, conceal a secret challenge that isn’t as simple to solve as you may believe. Here’s how to solve it.

The Pattern of Windmills

To solve the windmill puzzle in A Plague Tale Requiem, you’ll need to understand the pattern for which windmills are needed to be started and which can be left off.

In order to find the clue for Windmill I, return to the bottom of the stairs that led you down from the palace. Once there, take the path past the Phoenix statue and hug the cliff face on the left. You’ll need to follow this path for a while and eventually, you’ll see a circle of stones off to the right. Upon closer inspection, you’ll notice that one of the stones has a number one carved onto it. The other stone also has a picture of a static windmill, so we know the first windmill has to be static. Just open the door and interact with the lever to stop it from working.

The number 2 is engraved here, and behind it is another image of a static windmill, so turn left when you reach the end of the road. Return to the palace stairs until you reach a little stable, and there will be a couple of people praying at a stone with a crucifix and a laurel wreath on it.
Now you know that it is also necessary to switch off this one.

Go back to the second windmill. For this one, you’ll need to pull the crates blocking the entrance. There would be a rope attached to these boxes so pull it and let them all fall. Now climb up the area and enter through the opening. Turn this windmill off too by pulling the lever.

For the third clue go to the place where you will eventually come across a bridge with a red-hooded fisherman on it. After passing him, turn left and look for a single standing stone in the middle of a swirling pattern of rocks. This stone has the number three carved on it, but for the clue look down the cliff. The rocks’ spiral patterns indicate that the windmill needs to be activated. Go back to the site and turn this windmill on.

Lastly, locate the festival and the barn there. Here’s what you’ll need to do.

Lastly, turn on the fourth windmill. Crawl beneath the cart outside the windmill and up the ladder to a small window. Look inside and unlock the door with your sling. Enter the house and pull the lever to start the windmill.

Where to find the Smuggler’s Cave?

When this is completed successfully, the party will hear and react to a rumbling. This is the entrance to the Smuggler’s Cave.

The Smuggler’s Cave can be found behind the second and third windmills, down a difficult slope through some archways. Simply go between the two windmills, and instead of looking at the farm, turn around and head toward the stone archways. Look for a hole hidden beside the bog rocks at the bottom of the final archway.

Go down the ladder and keep moving as the trail goes. Follow along the trail until you find two golden chests and a different interactable piece, the Bracer.

That’s how you can finish the windmill puzzle in Plague Tale Requiem. For more guides, follow the Guides section and stay updated.