How to Level Up Fast in Salt and Sacrifice 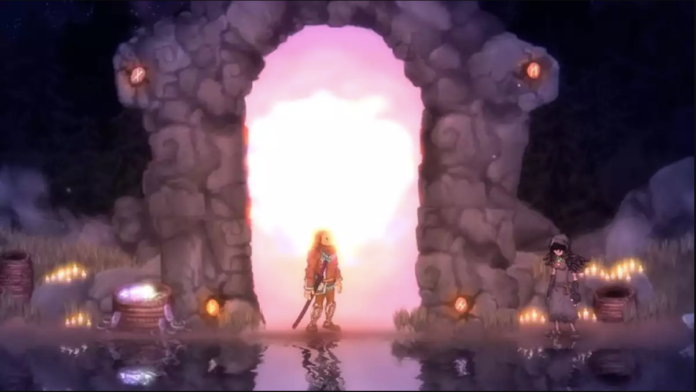 How Leveling Up Works In Salt And Sacrifice

Leveling up is critical in a game like Salt and Sacrifice, or you’ll perish. Going through the game at a typical pace can make larger enemies or monsters tougher. To deal with this, you’ll need to level up quickly.

You’ll need salt to level up in Salt and Sacrifice. Although it is an important part of leveling, any salt that is gathered must be kept at all times.

Killing opponents are, of course, the game’s source of salt. Simply told, in order to level up rapidly, you’ll need to defeat the simplest of the monsters that produce economical salt.

To get the most out of it, you’ll need to knock out a bunch of foes that are both easy and tough.

The most salt is offered by bosses, but they are not the simplest way to obtain the item; in fact, they are frequently the reason why you want to level up quickly, so taking them on should be avoided when it comes to leveling.

The routes with the most checkpoints may provide the most salt. You can use the Obelisk to rest a region that suits your level and gives a suitable amount of salt, then complete it again for extra salts.

However, keep in mind that as you farm a given path, the salt becomes less and less profitable. As a result, you’ll have to find another location with more salt later. Another technique to efficiently boost your overall amount is to use products like Salt Pieces when farming.

It’s important to remember that if you die, you’ll lose all of the salt you’ve acquired up to that moment. You will be able to regain all of the salt if you kill the opponent that absorbed it; however, if you die again, you will lose it permanently.

When you reach the top level, you’ll come across some undead guards and woodmen who are easy to kill and provide a lot of salt. To gain additional salt, use the nearby Obelisk to respawn opponents and restart the cycle.

Travel to Praying Giants and climb up the enormous tree using the hung ropes and ledges once there. You’ll ultimately get to the Obelisk and have a break there.

This will give you a lot of salt. You can always take a break at the Obelisk before starting over. As more places are uncovered, we will update this page.

Where to go to level up In Salt And Sacrifice

Our discussion on salt gathering is now complete. The difficulty is, however, where and how to level up. In this section, we’ll go through how to level up in Salt and Sacrifice.

To begin, head to Pardoner’s Vale and pick “return to camp” from any of the obelisks in the region. After that, you must journey to Trifaul Idol. Turning left from Champion Hera, climbing the stairs to the vendor, and then climbing the next set of stairs to the right will get you there.

Bring up the menu with the opportunity to level up once you’ve arrived. As easy as that!

We hope this guide will help you. Lastly, be sure to check out our Gaming and Guides sections. We cover reviews, news, Best-of, and a lot of other stuff so bookmark us and keep following Retrology.

Salt And Sacrifice All Tome Of Fates Locations

All Shimmering Bud Locations in Salt And Sacrifice