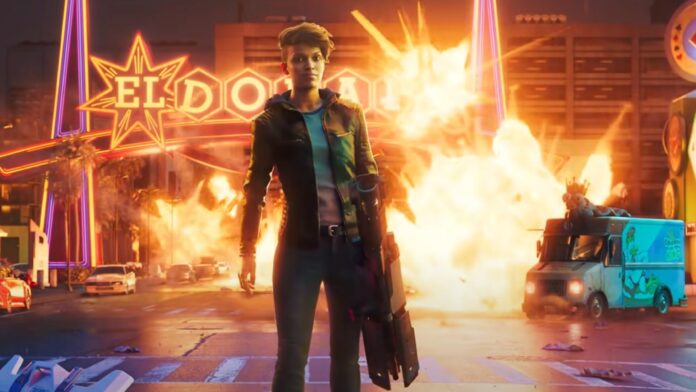 Saints Row‘s maximum level isn’t particularly high, which means you won’t have as many levels to advance through while finishing the game’s main story. On your climb to the top of Santo Ileso’s Sordid underworld, you can engage in a variety of side missions and unlawful activities. So, in this tutorial, we’ll tell you everything you need to know about how to Level Up Fast in Saints Row.

Main Story missions are by far the simplest way to get XP and should be your primary emphasis for the first half of the game. From then, you can either continue the campaign or start building your criminal empire. Also, completing primary missions is the quickest way to gain a large amount of XP.

Even better, the primary missions aren’t overly long, so you should be able to complete a couple of these rather fast and level up a few times in the process. Of course, as you progress through the story, the tasks increase in difficulty. Just get ready to grind your way up as you may need to explore various paths to gain that valuable experience.

What do you think can be the easiest way to get XP? Missions? Wrong. It is killing your opponents or the targets already wanted. They are easy to kill and it can be fun to carry out these tasks. Any enemy you kill in missions, side missions, or simply while roaming the open world will gain you a tiny bit of experience.

Each individual kill will not give you a lot of XP as expected, but they do add enough to make it a fun activity. Given that you’ll be killing a lot of your criminal opponents, it can result in a level or two by the time you reach the game’s conclusion.

An easy and carefree way of earning XP points while not doing anything is setting up Criminal Ventures. Placing and completing their task chains will grant you XP for each objective, as well as a large chunk of XP after they are fully completed. A good investment indeed.

Discoveries, shown by yellow symbols on the map, are low-stakes activities that allow you to earn money while exploring Sant Ileso. When you fulfill certain types, your XP will be increased.

When you first visit a new place, golden dumpsters will display on your map. If you dig around, you’ll almost certainly discover some cash and XP, as well as some dubious cosmetic goods. Investigate Hidden Histories, also a kind of side mission that will appear on your map the first time you explore a new location, and they’re arguably the most relaxing way of earning XP in Sant Ileso.

Go around the city and search for the hidden drugs and collect them. They give you little XP but are worth the time if you don’t want to do missions. This is a carefree easy option and you can do this while exploring Santo Ileso.

If you’re searching for a quick way to level up, here’s a strategy that can be found effective. Increase your police notoriety to 4-5 stars. They will eventually send tanks against you. Steal one of the tanks before running into your house/store to remove the desired level of threat. The tank is then used to strike gang members. Simply go crazy on all the gang members who appear, and your level will swiftly rise. This is a good way to raise your level but it is quite risky.

Saints Row has a maximum level of 20. After level 20, you will no longer be able to upgrade your character in the game. There will be no new weapons, abilities, or vehicles to discover while exploring Santo Ilesto after this limit.

These are all of the ways you can Level Up Fast Saints Row Reboot. For more updates on Saints Row, check out the guides section on our site Retrology.

All Challenges in Saints Row (2022) reboot