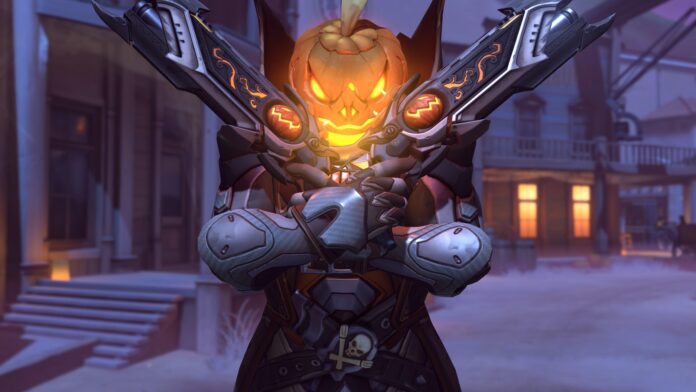 Released on the 4th of October 2022, Overwatch 2 has made its way to the screens of many players, and quite deservedly so. The game is packed with an amazing story, some remarkable graphics, and some really cool characters. Now before we jump into Overwatch 2 Halloween 2022 skins and cosmetics, here is what the developers have described the game:

“Overwatch 2 is a free-to-play, team-based action game set in the optimistic future, where every match is the ultimate 5v5 battlefield brawl. Play as a time-jumping freedom fighter, a beat-dropping battlefield DJ, or one of over 30 other unique heroes as you battle it out around the globe.”

But before we run into it, you might also want to check out:

That being said, now without any further ado, let’s get some skins and cosmetics.

Along with the previous Halloween skins, there are additionally two new skins that are also being added to the game. One is the witch skin for Kiriko and the second one is Executioner for Junker Queen and both of them can be bought from the game’s store for 2600 and 1900 Overwatch Coins, respectively. Nevertheless, here is the list of all other Halloween skins and cosmetics, along with how you can get your hands on them.

That is all about how to get all Overwatch 2 Halloween 2022 skins and cosmetics. Let us know which skin you are going for in the comment section below. To know about Gotham Knights all Talon cache locations or for more guides, keep following Retrology.