Guide to get access to High On Life Secret Ending 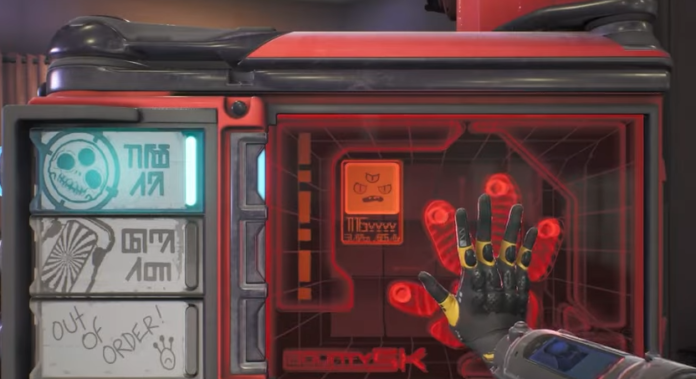 If you like games that have something special to find, like collectibles, even in the ending, High On Life is the one for you. High on Life has a secret ending, and you’ll want to figure out how to achieve this. To help you with that, here is a complete guide on how you can have access to the secret ending for High On Life and experience this hidden aspect.

The hidden ending is only available after defeating Garmantuous in High on Life. You must accomplish the final bounty on the High on Life missions list to gain access to this secret. However, once you’ve completed the remaining G3 members, find out how to obtain this ending as you go through the High On Life bosses below.

After completing the game and watching the credits, you will be returned to the main menu. You’ll want to resume the game from the main menu. When you get back to your house, go to the Bounty-5000 and utilize the planet selection option. Select the destination, Nova Sanctus World, and then Clug’s Office which is the location you need to go.

When you arrive at Clug’s Office, proceed to Clug’s desk and take the purple Human Haven Keycard that is on the desk right in front of you. Return to the place you came from after picking up the keycard as you’ll need to use the machine again.

Return to the teleporter machine and travel to the Human Haven in the Unknown Sector as soon as you get the key card. When you get to Human Haven, you’ll have to look up and jump on the platforms above you. You’ll need to utilize your Jetpack to reach the upper levels.

You’ll then reach a platform with a red light and a closed door. When this occurs, glance up to see a flashing red light. Fly toward the light with your Jetpack. When you reach the top, continue on the trail until you reach a door with a No Trespassing sign. You’ll have to use the key card you received before to access the door.

When you enter the chamber, you’ll gain the Sequel-Bait accomplishment, and to go beyond the vents ahead, you’ll need to utilize Sweezy’s ultimate.

Once you’ve descended deep inside the institution, you’ll come across a couple of badly dissected and bloody individuals. As you pass through the doors, you notice additional folks and a familiar face in the next lab area, Mayor Clugg.

He becomes horrified when he notices you peeping through the lab window. He flees, but you pursue him inside a glass dome bathed in the crimson light of some horrific planet. In the center of the room are an operating table and a towering, armed extraterrestrial.

Continue along the main route until you reach the scientist. When he’s through speaking, Kenny will make a joke about how we’ll have to wait for a sequel to find out what happens.

When you exit the area, you’ll notice Cluggs employees waiting for you outside. They’ll explain how they’ll do everything they can to aid you and the human race. Dr. Gurgula is a scientist and ruthless hunter of the universe’s secrets. Dr. Gurgula assassinates Mayor Clugg for failing to direct you, the bounty hunter, to his operating room. Then Dr. Gurgula addresses you immediately.

Dr. Gurgula disappears by teleportation, but not before erasing all of his findings. All you’ve discovered is that the true adversary is far larger and more ruthless than the G3. But we won’t know anything more until the sequel. Once the conversation ends, you’ll be allowed to leave the Human Haven and return home.

This not only concludes the game but also suggests a probable sequel from Squanch Games and may be counted as a sequel. Who knows? But for now, you can enjoy and find this hidden aspect of this secret ending of High On Life. For more similar guides, check out the guides section above.

High on Life: How to get warp discs and find luglox...

Guide to all unmarked luglox locations in High on Life

Guide to all Blim City Luglox Locations – High On Life