How to Beat Mr. Grizz in Splatoon 3 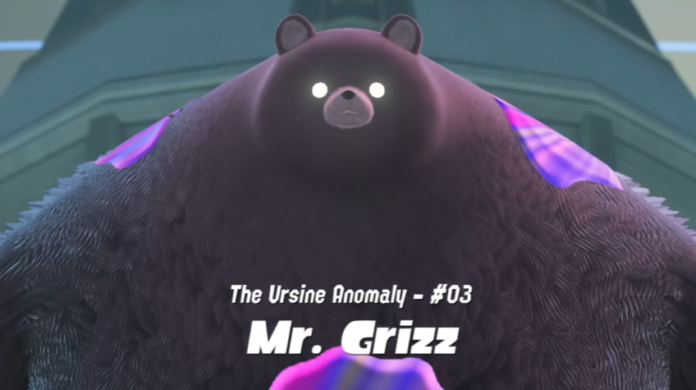 First, you should know that in Splatoon 3 Mr. Grizz is the last boss. To get it, you must defeat the Big Man. And, as previously stated by Mr. Grizz, he is the most difficult boss in the game. As a result, don’t expect to be able to overcome him easily.

You should also be aware that this boss has two stages. During the first stage, he will behave similarly to a regular boss, but with enhanced damage and health points. However, you will see how powerful this boss is throughout the second stage.

Mr. Grizz is revealed to be a gigantic bipedal grizzly bear with warped proportions in Splatoon 3 story mode; his hind legs and head are significantly smaller than his torso and arms. He is covered in brown fur and blotches of rainbow slime; if one of these places is damaged, a Fuzzball will appear. His face has been sculpted to look like that of a teddy bear, with a blank expression and blazing white eyes.

His attacks mostly consist of long-range ones so it’s easy to dodge them if you have fast reflexes. Other than that, he has a range of attacks making it difficult to predict what will he use next.

Your main objective is to attack the multicolor slime globs on his body. The start of the fight will be from the claw attack. Mr. Grizz will swing his claws, erupting ink claw marks. These will be in the form of pillars. You can easily move away from them as they are pretty far apart. Just stay in the middle of two and you’ll be fine.

Once a blob is destroyed, he will melt into the blob below him and then grasp the ship, rolling it. this will be the attempt to knock you off. To avoid falling off, keep going in the opposite direction of the ship. You can regain control after the rolling has stopped but sometimes, the minions can block the way after it. Clear them and move straight towards the boss.

As you approach Mr. Grizz, he will unleash a sonic blast that will splat you if you stay in range for too long. This is easy to dodge so just get out of the way fast in the beginning and you’ll be free. Also, he occasionally throws bombs that will cause enormous ink explosions after being hit once. When you see these, run as they cover a large area.

When you are close to Mr. Grizz, he will begin to raise his arms and slam the ground. This will happen if you get too close so keep a safe distance.

The second phase will start after you destroy all three of the blobs present on the torso of Mr. Grizz. This phase begins with Smalfry growing himself and fighting Mr. Grizz, who is now attempting to control the rocket himself toward Earth. To hurt Mr. Grizz, you must suck the big fuzzballs off his body, and you must remove all of them within 3 minutes and 33 seconds to win this round.

Although Mr. Grizz does not directly assault you, his minions will spawn and attack you while you are eliminating the fuzzballs. These can be quite frustrating and hard to deal with so defeat them as soon as they come. Also, avoid the huge Fuzzballs that come at random, and collect the armor that frequently spawns to enhance your defenses.

After you’re done sucking three big fuzzballs from Mr. Grizz, you will fire a massive laser to defeat him, concluding the fight and defeating Hero Mode. You’ll need to hold the fire for a while before the fight ends.

In conclusion, defeating Mr. Grizz is one of the most difficult tasks in Splatoon 3. However, if you know how to do it correctly, this will not be a difficult task.

Thank you for taking the time to read the guide for Splatoon 3 Mr Grizz. I hope you find it useful. If you want to know which weapons to use in this game, check out the Weapons Guide here.