House of the Dragon best quotes from Season 1 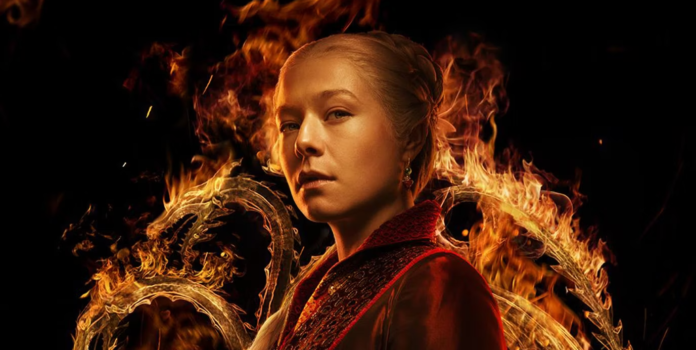 This HBO TV series House of the Dragon is one of the most anticipated seasons that the audience has loved. Like Game of Thrones, it too features plenty of powerful quotes from all sorts of characters. Here is the list of House of Dragon quotes that will surely make you remember them. Let’s begin with the impactful quotes.

House of the Dragon Quotes

To Crave What Others Have

‘It is our fate, I think, to crave always what is given to another. If one possesses a thing, the
other will take it away.’ – Princess Helaena Targaryen

‘The gods have yet to make a man who lacks the patience for absolute power.’ – Otto Hightower

This powerful quote from Otto Hightower to Viserys Targaryen was flawless. His words were clear about the meaning and were very absolute about the greed of the young royal members. As they want to sit on the Iron Throne. His statement was clear with a crisp tone and clear meaning.

Controlling Dragons is an Illusion

‘The idea that we control the dragons is an illusion. They’re a power man should never have
trifled with. One that brought Valyria its doom. If we don’t mind our own histories, it will do the
same to us.’ – King Viserys Targaryen

Worth is Not Given

‘Our worth is not given. It must be made.’ – Lord Corlys Velaryon

This quote demonstrates the pride of Corlys Velaryon in his determination and hard work for Driftmark. He shows his love and perseverance for Driftmark in this quote. He and Daemon Targaryen made the Stepstones a victory to remember.

Balance of anger and pleasant

‘I am forever doomed to anger one person in the pleasing of another.’ – King Viserys Targaryen

This quote shows the side effects of being a king. His frustrated statement shows the ceaseless sacrifices he made.

Be Fearless or Die

‘This is a tragic world. You cannot live your life in fear, or you will foresake the best parts of it.’ –
Prince Daemon Targaryen

Observation is a Power

‘When one is never invited to speak, one learns instead to observe.’ – Larys Strong

‘Love is a downfall. Best to make your way through life unencumbered, if you ask me.’ – Larys
Strong

‘Men would sooner put the realm to the torch than see a woman ascend the Iron Throne.’ –
Princess Rhaenys Velaryon

Dreams of Cake and Dragons

‘I want to fly with you on dragon back, see the great wonders across the Narrow Sea, and eat
only cake.’ – Princess Rhaenyra Targaryen

Rhaenyra and Alicent are the perfect BFFs from the series. Rhaenyra’s wishes was shown in her words as she indirectly says that she will never be free to fly and enjoy the beauty of the oceans. Both shares a close relationship and open up about the desire to live and eat freely.

This list of House of the Dragon quotes is finalized here. And let me know if I missed any quote that’s your favorite. If you are impressed by these quotes, then check the other TV show’s quotes that you should give a try.

Milly Alcock movies and TV shows that will exhibit her versatile...