Guide to unlock Mount Dash in Pokemon Scarlet and Violet 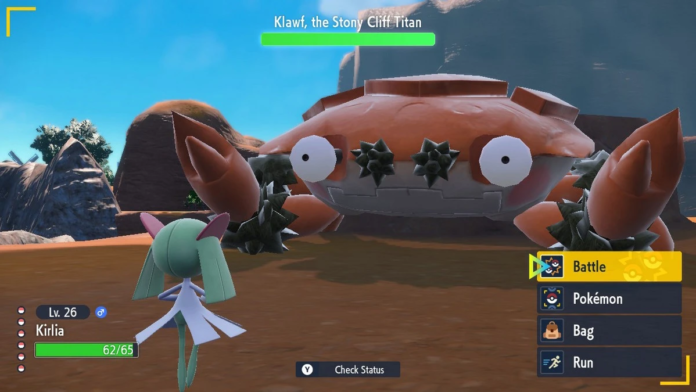 The new additions, Pokemon Scarlet and Pokémon Violet are the 2022 role-playing video games for the Nintendo Switch created by Game Freak and published by Nintendo and The Pokémon Company. Just like any other game, it has some moves that can be learned, and one of those is Dash. Learning how to unlock mount dash in Pokemon Scarlet and Violet makes navigating the vast Paldea region much easier and faster. Let’s get into the guide to learn about it.

Dash is extremely helpful in making travel easier and faster for moving around. If you like to add speed to your daily play, you can make use of this move a lot.

Here’s the process of how you can get the Mount Dash to move in Pokemon Scarlet and Violet. The basic thing you need to do is find the Stony Cliff Titan and fight with it. Let’s continue with the step-by-step guide.

You’re seeking a big crab, which can be found creeping around the cliffs in the desert. Its name is Klawf, the Stony Cliff Titan. Klawf is a Rock-type Pokemon, so if you started with a Grass or Water starter, you should be alright. If you picked Fuecoco, use a Grass, Water, or Ground-type Pokemon or attack here.

After you win, proceed to the cutscene. Feed Koraidon your lunch during the scene around the campfire. That is how you’ll activate its Dash ability. It’s possible that you’ll get the Dash from the first Titan you defeat, which might be any of them. Regardless of how you obtain the Dash, you must execute it by pressing the left stick.

This method is the only one that is known at the moment. There may be other easier ways to go through the process of unlocking it, but not known yet. If you play through it and discover it, do let us know, so we can add it here.

That’s all you need to know about unlocking Mount Dash in Pokemon Scarlet and Violet. For more guides similar to this, check out the guides section on our site Retrology.